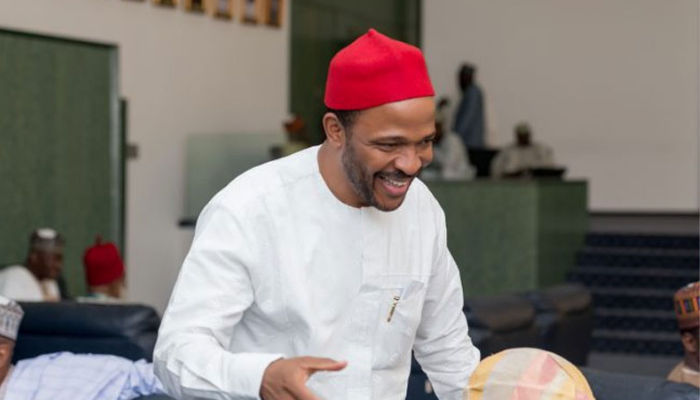 Immediate-past Minister of State for Education, and one of the presidential aspirants of  the All Progressives Congress, APC, Chief Chukwuemeka Nwajiuba, has finally opened up on why he boycotted the party’s presidential primaries in Abuja on Tuesday.

Nwajiuba cited his respect for due process and internal democracy as the reason for keeping away from the convention ground.

The Imo State-born politician in a press statement Wednesday, thanked his supporters and appealed to them to be calm.

He also believed that his presence would not have changed anything and may even be misconstrued as an incitement given his younger age and the current security situation in the South-East.

“These ideals reflected in what some of the South-East aspirants who chose to attend referred to in their pleas for justice or need to constitutionally require it, in the face of the absence of conscience. Even their elderly wailing on national television could not move a vote, if I had shouted same in a more youthful voice, it may have become incitement in the face of our current security difficulties in the South-East and may thus spite our efforts. Better to stay out,”Nwajiuba said.

“I am issuing this statement after a careful review of our campaign for the presidential ticket of the APC.

“First, I thank our Almighty God, creator and giver of all things, for the gift of everything we are or have. I then will thank all of the many persons, those afar and those around, who through personal services, prayers, texts, advise, financial gifts, donations, and numerous other means, encouraged me.

“I thank my family, who have endured my incessant derision of their preference for a less public and risky, lifestyle.

“I thank all my friends, well-wishers and even those who may not wish us all that well, but have played their parts in the National discuss.

“I would urge that no one should be despondent or disappointed. My approach to the Nigeria presidency is hinged on being able to present a progressive vision of an inclusive, united and focused brand of energy to transform Nigeria into a wholesome economic powerhouse, whose citizens will be better secured to live more fulfilling.

“I choose to take the tedious path of following the law, meeting requirements and staying disciplined, in other to sell a paradigm of same.

“I appreciate all the sacrifices of time, resources and emotions that have been invested by so many persons, young and old, near and afar in this tedious path.

“I and almost all other aspirants agreed to a consensus approach to the selection of our candidate, to effectively maintain the outlook of a progressive family, away from an all for money by highest bidder image, which had already been assigned to another political party.

“I and other aspirants now of the South-East, wrote the leadership of our party to appreciate the commitment to move the presidential ticket to the South, and requested a further deepening to the South-East to reflect our primary reason for seeking the office, which remains, “to build a more united and inclusive secured and prosperous nation.” This much has been captured in the communique South-East aspirants issued on 22nd May, the speeches of Mr. President at his meetings with APC Governors, that of aspirants and of stakeholders.

“Following the failure of all these entreaties, it became clear that the convention was headed away from these lofty ideals I subscribe to and will still pursue. I, therefore, declined to attend.

“These ideals reflected in what some of the South-East aspirants who choose to attend referred to in their pleas for justice or need to constitutionally require it, in the face of the absence of conscience. Even their elderly wailing on national television could not move a vote, if I had shouted same in a more youthful voice, it may have become incitement in the face of our current security difficulties in the South-East and may thus spite our efforts. Better to stay out.

“I am committed to pursuing the ideals of a more united, inclusively secured prosperous nation for us all, lending to our dear country, its citizens and those who may be positioned to use it, the experiences acquired, lessons learnt, and the various matrix that I may bring to bear.

“I am grateful for the opportunity to engage all strata of our society, all cadres of leadership both in our party and our country. I appreciate the luxury of your various audience, in sharing this message.

Thank you all, so very much.”