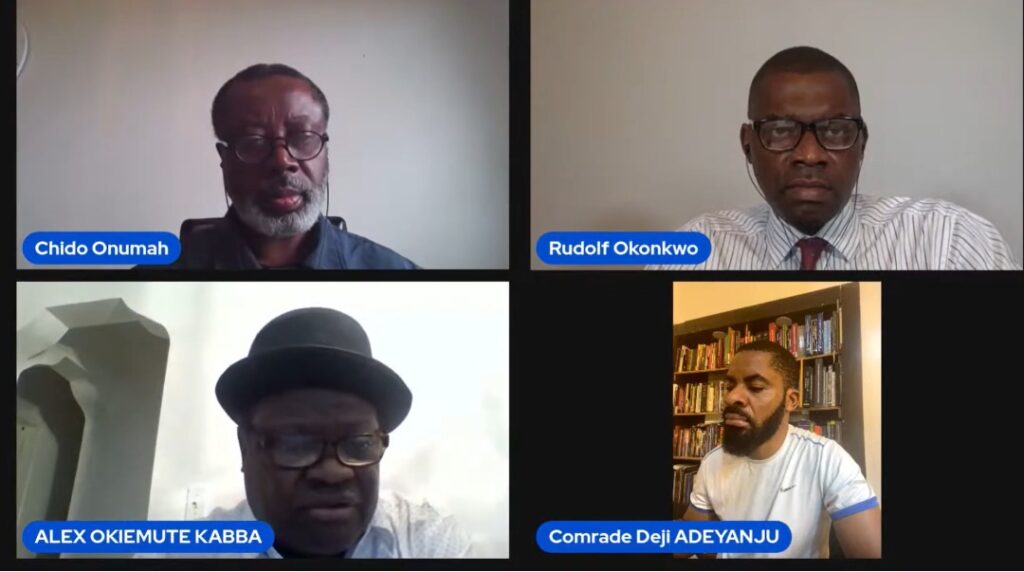 While Mr. Kabba argued that Mr Tinubu is the best candidate for the position of president in 2023, Mr. Adeyanju disagreed saying that the country does not need another ailing president.

“The Left movement in Nigeria has always been in political doldrums. I have always been praying that we have a man like Asiwaju who can match the right-wing politicians money for money, resources for resources, and influence for influence,” Kabba argued.

Kabba who went on exile during the military onslaught on activists that campaigned against the annulment of the June 12, 1993, presidential election said the former governor of Lagos State had paid his dues. “Many people that are benefitting from this democracy today were quiet when Asiwaju [Tinubu] fought for it. We are not going to cook our food and give it to strangers,” Kabba noted.

Adeyanju on his part wondered why anyone who wishes Nigeria well would promote another ailing candidate to be president in 2023. “Tinubu like Buhari is a medical tourist,” the activist observed.

Adeyanju queried the source of Tinubu’s wealth. According to him, “Before anyone says Tinubu is ready money for money and dollar for dollar, they need to ask which company has he created or what is his source of income? What goods and services does he offer?

“How can somebody just suddenly have so much money that bullion vans can no longer contain it? In China these people won’t be running for political offices because they would have been shot dead. Yet, we stay here and justify things that cannot be justified in any decent society.”

The political activist said the damage caused by Buhari’s presidency will take a long time to correct and wondered how people are still clamouring for those who were instrumental in bringing President Buhari to power. “The consequences of the actions of those who brought Buhari to power is going to affect Nigeria for the next 50 years,” Adeyanju said.