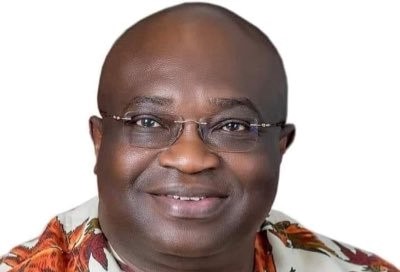 Determined to deal with the spike in the wave of kidnappings for ransom in the state, Abia State Governor, Okezie Ikpeazu, has inaugurated a special committee on security, charging them to mobilise youths to chase away any stranger-elements occupying Umunneochi forests.

He gave marching orders to members of the Special Security Committee on Umunneochi to deal mercilessly with any stranger-element occupying Abia forests.

Ikpeazu who gave the charge while inaugurating the special committee Thursday at the Government House Umuahia, vowed that no stranger would be allowed to take over any part of the state.

He decried the menacing activities of hoodlums in Abia North axis, explaining that intelligence report links them to the presence of the Regional Cattle Market at Lokpanta.

Ikpeazu warned that henceforth, there would be no ungoverned spaces in the state, and charged the committee to mobilise youths in Umunneochi to chase away every illegal occupant of their forests.

The Governor who explained that the State had decided to adopt Community-based security approach “where we will depend on youths in the communities for the security of their areas.”

Ikpeazu further explained that the option was a child of necessity following the recent abduction of the Prelate of the Methodist Church of Nigeria, His Eminence Samuel Uche.

According to him, “this Special committee is a child of necessity borne out of the incessant kidnappings and security breaches in Umunneochi and Isuikwuato axis.

“There should be no more ungoverned spaces. Nobody should live in our forests again. The owners of the land cannot be at their homes and strangers will go and occupy their forests.

“Our youths should go and drive away those strangers in our forests. If we find out that any of our children is conniving with the strangers the person will also be dealt with.

“One successful crime emboldens the criminal to commit another. Therefore, your mandate includes mobilising the youths to go into the forests, stamp out stranger-elements from our forests.”

The Governor also threatened that any security agent found to be collaborating with criminals would not be spared.

Ikpeazu said he had directed the immediate re-opening of the link road between Isuochi and Ihube in Imo State hitherto blocked by security agents, and said the road should be made accessible to people to reduce crime wave around the vicinity.

He pledged full Government support for the committee including giving them patrol vehicles and motorcycles to enable them succeed in their onerous task.

“We will hand over the policing of our various communities to those who own these communities.

“God gave us this place, he did not give it to us for others to come and occupy it.”

Responding on behalf of other members, the Chairman of the committee, His Royal Majesty, Eze Okechukwu Chukwudi, thanked Gov. Ikpeazu, for the opportunity given to them to serve the state.

He assured that the objective of the committee would be realised.

Commissioner for Information, Eze Chikamnayo is to serve as the Secretary of the Committee, while the Sarki Hausa, Alhaji Eze Yaro Danladi represents the Northern community in the committee.

Apart from the Prelate, a medical doctor, Professor Uwadinachi Iweha, was kidnapped on June 10, and is still in captivity.

A journalist, Chuks Onuoha, former Correspondent of the SUN Newspapers who was abducted on Tuesday night in his Umuahia home is yet to be released.