JRP asks chairman of benchers, Olanipekun, to step down over alleged misconduct 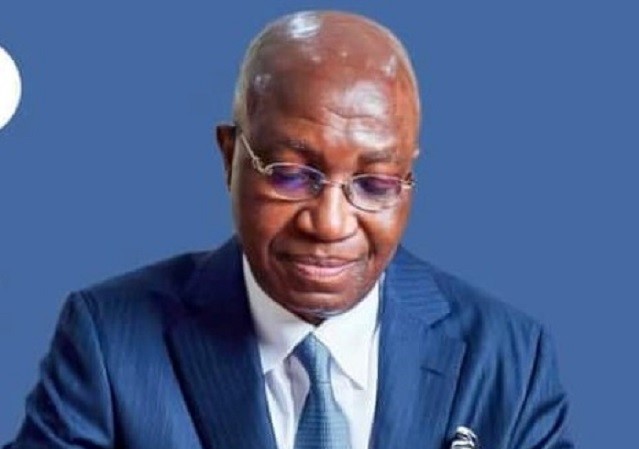 Justice Reform Project (JRP), a coalition of stakeholders in the justice system has called on a Senior Advocate of Nigeria, Wole Olanipekun, to resign from the position as Chairman of the Body of Benchers (BOB).

In a letter dated July 29, and made available to Ikengaonline, the body said the call became necessary to allow the Legal Practitioners Disciplinary Committee (LPDC) to investigate an alleged act of professional misconduct by one of Olanipekun’s partners.

About a month ago, Ogunde, a partner in the law firm of Wole Olanipekun and Co., admitted that she sent an email to Saipem Contracting Nigeria Ltd to solicit a brief that was being handled by Ajumogobia and Okeke, the law firm of another SAN, Odein Ajumogobia.

In the letter titled, “A Stand for the Integrity of the Nigerian Legal Profession,” JRP said the actions were indicative of the rot in the profession and which prompted  the founding of the JRP and necessitated  this public statement.

The petition read in part: “The facts underlying the conduct of the primary actor, Ms Adekunbi Ogunde are undisputed. The content of her offending email is deeply damaging, insinuating that Chief ‘Wole Olanipekun SAN is capable of unduly procuring a judgment in favour of his client.

“Ms Kunbi herself has admitted that this may be unprofessional conduct but feigns ignorance of the Rules. No doubt, it is for the LPDC to reach a final verdict on culpability and the extent of any mitigating circumstances.

“The circumstances underlying this breach, however, have far-reaching ethical implications for the leadership of the bar and, in particular, the Chairman of the Body of Benchers, Chief Wole Olanipekun, SAN.

“That the learned silk is a leader of the bar is undisputed, his position as Chairman of the Body of Benchers merely confirms it.

“Leadership commands respect but is also a burden, a responsibility. It requires exemplary conduct, and every action/inaction by a leader of the bar sets an example for years to come. That a person of his standing is embroiled in circumstances, which indicate less than optimal standards of conduct, is far from ideal.

“These are not frivolous allegations; they are comments which warrant investigation. In the face of public allegations of egregious professional misconduct affecting his practice, his

responsibility as a leader of the bar imposes an obligation on him to place the integrity of the profession first.

“JRP takes the position that the learned silk ought to step down from his position as Chairman of the Body of Benchers to enable investigations to be concluded with the requisite confidence. This should have predated the steps taken by the NBA and subsequent public commentary. Such an action on his part would not be a mark of culpability, it would be a matter of responsibility and honour. In his exalted position, he should ordinarily be instigating such a complaint.

“The learned silk’s continued stay in office is, consequently, an indiscretion which will come at a cost to the integrity of our profession. The tribal sentiments being stoked by senior members of the bar are not helpful. Neither are allegations of witch-hunting or ulterior motives.

“On a related note, the innuendos in the learned silk’s speech at the Call to Bar ceremony, suggesting that opposing views were indicative of a ‘pulling down syndrome’, can only reinforce the call for his resignation, even though a formal complaint against him has not been lodged.

The body, however, commended the leadership of NBA for taking a bold step in upholding the standards of the profession against a man who it said commanded enormous respect from the entire profession.

“This is the true test of our will to revive our dying profession and, all of us, including the learned silk, have a responsibility to put the profession first in circumstances like this.”