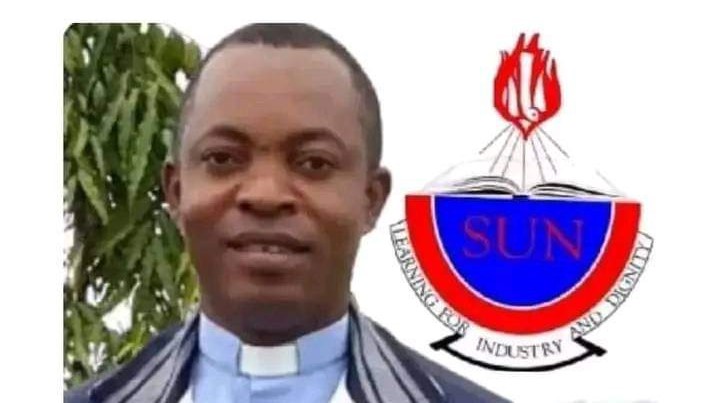 Ikengaonline has gathered that the Catholic priest, Rev Father Chinedu Nwadike;  and a seminarian who were abducted along the Umunneochi axis of the Enugu- Port Harcourt Expressway, have regained their freedom.

They were abducted Friday evening on their way to Enugu after leaving the Spiritan University Umunneochi.

According to reports, the victims were released Sunday evening, although the news was broken on Monday evening by one of the relations to the cleric.

Their kidnappers had reportedly demanded N50 million ransom after their abduction.

Ikengaonline further gathered that Abuchi Anueyiagu, a relation of the priest took to his Facebook page to break the news of their release.

He confirmed that ransom was paid but never disclosed how much was paid as ransom.

“Do kindly rejoice with us, Rev Fr Dr Chinedu Nwadike, Cssp, has eventually regained freedom. He and the seminarian, Emmanuel, were released Sunday evening unhurt to the glory of God. We express our grateful appreciation for your prayers. May God bless you.

“Pix shows the priest (right) and the seminarian when they were released to go home, though not without payment of a ransom anyway before they were freed,” he wrote.

But when contacted, Police Public Relations Officer, PPRO in charge of Abia State, Geoffrey Ogbonna, said he was not yet aware of the release.

The Police Spokesman also said he could not confirm whether or not the Divisional Crime Officer, DCO, in charge of Umunneochi Divisional Police station, abducted earlier on Thursday had been killed.

Rumour was very strong Monday afternoon that the police officer had been killed by his captors even after the family had  allegedly paid a ransom of N4 million.

Kidnapping for ransom has become a daily routine around Umunneochi-Okigwe axis since after the kidnap of the Prelate of the Methodist Church, Bishop Samuel Uche.

Bishop Uche and two clerics traveling with him were subsequently released after a N100million ransom was paid.

The cleric had said that his abductors were Fulani herdsmen.

About two weeks ago, bandits blocked the Enugu-Port Harcourt Expressway way between Leru and Ihube cashew plantation and abducted all occupants of three vehicles.

People now live in fears around the area.

Gov. Okezie Ikpeazu had earlier set up a special Security Committee on Umunneochi but the worsening insecurity in the area appears to have overwhelmed security agencies.

Insecurity has continued to fester around the state despite the preponderance of security checkpoints.