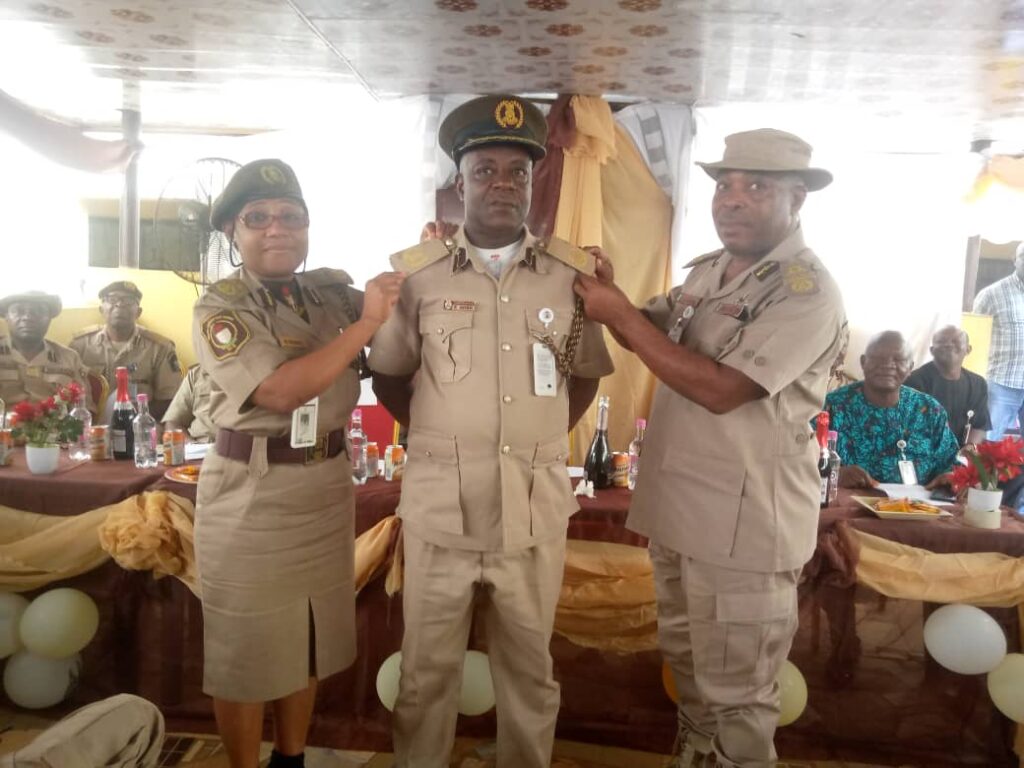 The Nigerian Immigration Service, NIS, has rated the quality of the current International Passport being issued in Nigeria as one of the best in the world.

The Assistant Comptroller-General of Immigration and Coordinator controlling Zone G, ACG Dominic Asogwa, made this known, Friday, while fielding questions from newsmen during his visit to the Nigeria Immigration Service, Anambra State Commander.

According to him, the country’s international passport has been greatly improved with sophisticated technology that will aid the detection of the activities of criminal elements who intend to use the passport for nefarious purposes.

He said “the passport has been improved with over 25 security features,” noting that a first class technology was utilised in its preparation and issuance.

Asogwa who also hinted that the recent improvement was not unconnected with the prevailing insecurity in the land, regretting that lives, including that of Immigration officers have been lost overtime to the activities of criminals.

He said the new security features would not only go a long way to reducing crime and criminality, but has already strengthened the international relations between  Nigeria and other countries.

During the visit, Asogwa who represented the  Comptroller-General of Nigerian Immigration Service, Isah Jere Idris, decorated newly elevated officers of the paramilitary force in the state and charged them to justify their elevations through enhanced dedication and uncommon loyalty to authorities.

“To whom much is given, much is expected. Promotion is the recognition of hard-work; it is a favour from the Almighty God, not man.

“Those that have not been promoted, the exercise is an ongoing thing and the board has been working tirelessly to make the promotion a success,” he said.

Earlier in her address, Comptroller, NIS, Anambra State Command, Mrs Ngozi Odikpo, said 43 officers of the command were elevated to new ranks out of the 4526 officers that gained promotion nationwide.

She enjoined them to uphold the tenets of NIS which she said “is marked by  hard work, discipline and professionalism.”

She also urged them not to relent in their efforts but work more to promote the aims and objectives of the service.

In the other category, 13 junior officers were promoted to Assistant Superintendent I.