An agenda for national rebirth (3) by Hassan Gimba 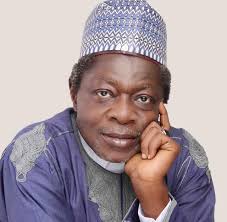 A leader is best when people barely know he exists, when his work is done, his aim fulfilled, they will say: we did it ourselves

Alexander III of Macedon, commonly known as Alexander the Great, was a king of the ancient Greek kingdom of Macedon. Born July 356 BC in Pella, he succeeded his father Philip II to the throne in 336 BC at the age of 20. He died thirty-three years later in Babylon in June 323 BC. He spent most of his ruling years conducting a lengthy military campaign throughout Western Asia and Egypt.

John Maxwell, 75, is a No. 1 New York Times bestselling author, coach and speaker who has sold more than 24 million books in 50 languages. He is often called America’s No. 1 leadership authority and was identified as the most popular leadership expert in the world by Inc.

Lao Tzu, or Laozi, meaning old master, was an ancient Chinese philosopher and writer. Born 571 BC, he is the reputed author of the Tao Te Ching, the founder of philosophical Taoism, and a deity in religious Taoism and traditional Chinese religions.

Sheikh Usman Ɗan Fodio, born 15 December 1754 in Gobir, was a Fulani scholar, Sunni Islamic religious teacher, revolutionary, and philosopher who founded the Sokoto Caliphate and ruled as its first caliph. Fodio, who died on 20 April, 1817, wrote over a hundred works on Islamic sciences ranging from creed, Maliki jurisprudence, hadith criticism, poetry and Islamic spirituality, the majority of them in Arabic. He also penned about 480 poems in Arabic, Fulfulde, and Hausa. Bayan wujubul hijra alal ibad is his masterpiece.

I started with a quote from the above outstanding leaders of thought because we generally believe our problem is leadership. Fact is, no nation can reinvent itself and develop without the prerequisite leadership.

As Alexander The Great hinted, an influential leader can make a nation of average people extraordinary and, as Lao Tzu opined, a transformational leader makes the people think they did it themselves.

But first, the leader has to be part of the people for them to imbibe his teachings. There should be no gulf that keeps the leader apart from the followers. He could be that in thinking but in everyday affairs they have to believe they are on the same page. And that can only happen when he leads by example. He also has to be just and fair because, as Fodio said, no nation can last with injustice.

Leading by example is a leadership style where the leader models the behaviour he wants to see in his followers. That way, he does not just push his people towards excellence; he personifies it. He pushes his people to be productive and proud of what they produce because their economic well-being lies in that.

All great nations were blessed with leaders who harnessed the potentialities of their people and moulded them into the envy of others because, as Maxwell said, he knows the way, goes the way, and shows the way.

On May 2, 2020, writing under the heading “What Have We Done For the Next Generation?”, we said: “Chaka the Zulu founded the Zulu Empire and led them for twelve years before he was assassinated on September 22, 1828, He moulded his people into a dominating fighting force never seen before in southern Africa. Mao Zedong, known as Chairman Mao, was the founding father of The People’s Republic of China and laid the foundation of what China now is. You can go on and count leaders who changed their people and their countries’ fortunes by leading by example. Cuba’s Fidel Castro was one; we also had Muammar Gaddafi from Libya, Dr Martin Luther King who raised the consciousness of Blacks, Dr Muhammad Mahathir of Malaysia and Mahatma Gandhi of India. These leaders raised the consciousness level of the people and changed them to better human beings, by being what they wanted their people to be.”

Assuming Nigeria’s president insists on being driven in a Nigerian-made car, the ripple effect would transform Nigeria industrially and economically. Just imagine the number of vehicles being bought by ministries, departments and agencies, the National Assembly and judiciary as well as military and quasi-military establishments. Replicate that in states and local governments and then quantify that in any currency. The amount is enormous, no doubt.

This amount can revolutionise our automobile industry and provide hundreds of thousands of direct and indirect employment and touch directly and indirectly the lives of millions of others.

In the same article on May 2, 2020, we opined that “when the world was virtually locked down this time last year because of Covid-19, the average Nigerian patiently waited for conditions to ease. He believed that having realised our incapacity, Nigeria will witness massive developments in its health and education sectors and an aggressive drive for food production. Good leaders would also think that way.”

But Nigeria was, at some moments in time, blessed with such altruistic leaders. We will subsequently look at that and how other world leaders affected the trajectory of their nations’ movements for good, what is expected of decent followership being the building blocks of nations and the kind of leader Nigerians should go for next year.