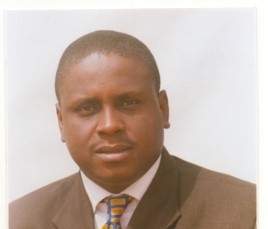 “Peter Obi is somebody… as I was telling Doyin about six weeks ago, I said that even if Peter did not become the vice president of this country, from what I know of Peter’s capacity, whatever government that comes, if it is the PDP, he must be in charge of the economy because that is where he is good at. I listened to him, not once, not twice and not three times, he knows his onions and I think that his approach will bring solutions to this country, economic solutions. He is worthy of praise. But the political solution which is the basis on which the economic solution would survive, it is what is causing the problem.”  — Amb Aminu Wali (PDP Chieftain)

There is something phenomenal about this man that even his opponents and critics have come to believe that he is the best amongst the candidates that can take Nigeria out of its present economical and political mess. Even when he does not ‘share’ dollars like others, his name keeps spreading like a wildfire. Nigerians, youths, men and women from all regions, tribes, professions and religions with joy self-sponsor their activities to support his movement. He is looking like a glimpse of hope in this very long, tortuous, traumatic, hopeless and endless journey. Just like a sip after a very long trek in the desert. True.

What is currently happening in Nigeria politically looks like a divine movement that nobody can stop. It’s beyond religion, beyond tribe, age and gender. Even beyond the Peter Obi himself. He just happened to emerge at a time when Nigeria and Nigerians are looking for any form or semblance of hope to hang on. They are expressing their frustrations and hope through him. The Nigerian youths are currently leading other patriots on this unprecedented, fierce, dynamic and massive crusade to save our country from total collapse. They are making this patriotic effort, maybe for the last time, to rescue her from the strangling death grip of the agents of destruction.

Yes, this truly looks like it is going to be the last effort to snatch this traumatized generation and the future ones from the conspiracy of a corrupt, dubious, incompetent, and despotic  political class that has decided to collaborate with some external and internal enemies to destabilize the country. It has since become obvious that there is actually a grand plan to conquer and enslave Nigeria and Nigerians. But it is becoming a battle between light and darkness, evil and good, progression and retrogression, freedom and slavery, failed promises and hope. It is a battle between unending lies and honesty, life and death, white and black and between lawlessness and probity. We must immediately wake up and take control of our destiny and the future of our children yet unborn.

Look at the security situation. The system has totally collapsed. Even the nation’s civil war does not come near to what we are seeing today. It is unimaginable that in a sovereign state, in this modern time, that hundreds of people will be regularly kidnapped and kept in the same place for years and nobody will find them. Their abductors will be communicating and receiving hundreds of millions as ransoms in batches and still will not be tracked. It has never happened anywhere in the world. The world is laughing at us.

The recent Kuje prison invasion, the attack on the advance convoy of the President in his home state – Katsina, the attack and kidnap of the train passengers on the Abuja – Kaduna and the recent ambush of our soldiers in the nation’s capital have said it all. Nobody, nowhere is safe in the country.  Every minute somebody is being kidnapped in Nigeria for a ransom. And the worse is that paying the ransom is not even a guarantee that the victim will be released alive. Some after paying have received the corpses of their relations. And they are still lucky because others are praying to have theirs even if it’s going to be in body bags.

I was listening to a radio presenter recently on how her brother and his driver were kidnapped by herdsmen on the dreaded Enugu-Port Harcourt expressway about four months ago. They paid the requested ransom, but had only the driver released till now. And unless a miracle happens that family might be losing their brother and the money. I was emotionally moved when she said that their family has done everything to secure the man’s release   and that they are waiting for time before they do their brother’s funeral. My God! In Nigeria? This is the same road where the immediate-past Primate of the Methodist Church was kidnapped last time. They abductors comfortably collected 100 million naira as ransom. A former commissioner in Abia State also miraculously escaped from them but with bullet holes all over his Camry car. The marauders also emptied buses on that road that has uncountable security checkpoints few days ago. What of the Catholic Priest; the university administrator that was just released? It is a daily affair. Thanks to the sleeping or helpless governments of Imo, Abia and Enugu states that keep watching as these criminal continue snatching and killing theirs citizens.

Do we talk about the daily slaughter, abductions and uncommon banditry that are going on in Benue, Borno, Zamfara, Katsina, Sokoto, Plateau, Taraba, Niger, Edo, Ondo…..Everywhere is on fire. I don’t want to mention Kaduna State. The place is like a big war zone. We read that some pay taxes to these bandits. You heard the governor and our former senator lamenting helplessly. How did we get to this point? As I write, today, a very senior police officer was shot there. We learnt he was wounded, but his unlucky orderly or guard died. The story is still unfolding.  No day passes without incidents on Abuja-Kaduna, Okene-Lokoja, Benin-Ore, Benin-Auchi, Lokoja-Abuja, Nsukka-Otukpa roads.

I watched a video last week where a passenger took over to drive the few lucky co-passenger left in a hijacked bus to safety after their original driver and other passengers were snatched on Lokoja-Abuja road. Google it please. Most Nigerians have somebody they know or a relation that has been kidnapped, shot, robbed, and attacked or somebody who has committed suicide in the last seven years. I saw this for the first time in my life when the police came to take away the corpse of a student that hung himself in their hostel near my house. Why has Nigeria suddenly become a large abattoir and a lawless, insecure place? I don’t want to talk about those committing suicide out of social and economic frustration and  ritual killings (even by teenagers), daily bank robbery and bullion van hijackings that now make James Bond films look like a child’s play

I believe our security agents, especially the police and the DSS are doing their best, but are hampered by the corruption, lack of will, lack of equipment and complicity of the leaders and some of the saboteurs in the system. Yes, these criminals have insiders working with them. It is that bad.

Now, what we need, what the youths and Nigerians are saying is that we have had enough.  We will not sit and watch until we are all killed. We want somebody that will urgently pull us out of this mess. Somebody we can trust, a patriot that has been tested to take over and save this sinking ship. And fortunately, we have found that in Mr Integrity.

Just go back to the beginning and read that quote from a chieftain of the opposition party about this man. And this is just one out of hundreds. Obi indeed stands out and tall from the corrupt crowd that are presently jostling to ‘snatch’ more wealth from us.

We want somebody that has not stolen from the government and the masses before; a man that can proudly explain the source of his wealth and livelihood. We want a lover of Nigeria, a patriot and not a tribal head or religious bigot. We also don’t want a half-educated or un-certificated leader that will not value the lives and education of our children. And certainly not a frail, shady and dubious character that will lure us with more empty and fraudulent promises.

If Peter Obi is so good as everyone, including Ambassador Aminu Wali is telling us, then what stops us from making him the chief driver, so that he can drive the entire process of restoring our great country to greatness and prosperity.  We must not miss this rare opportunity. We will continue. May God help and prosper Nigeria again!

Rev Gabriel Agbo, an author, can be reached via gabrielagbo@yahoo.com