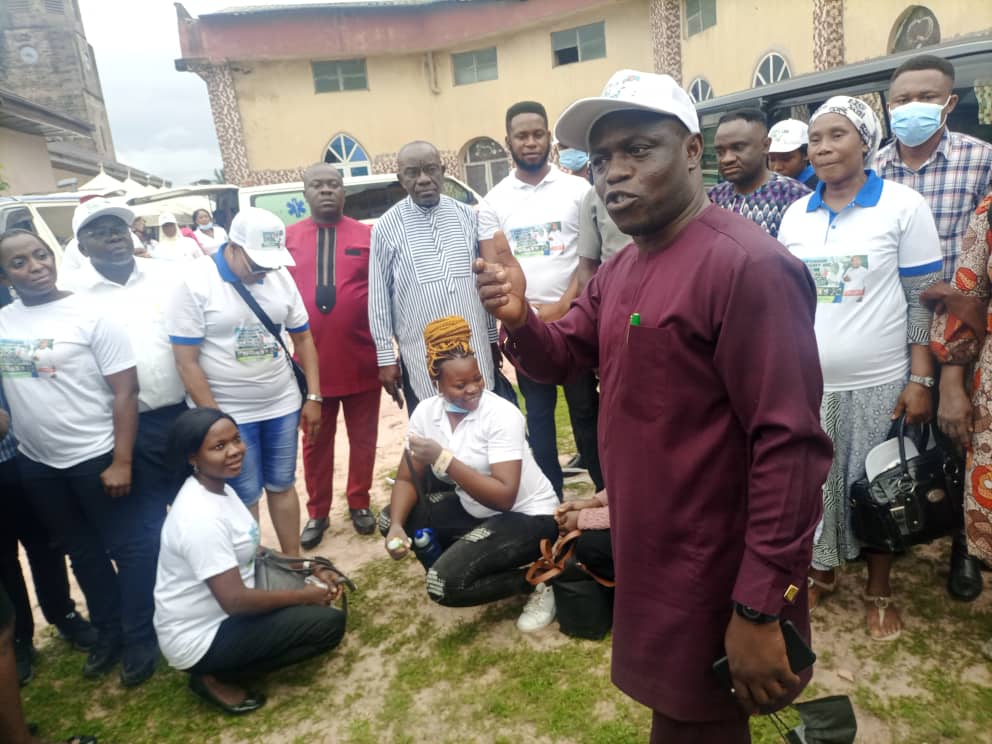 The fierce-looking violent youths armed with weapons, prevented the 50-man team of medics sent by Prof. Ibe from gaining entry into the Abayi Council Hall, venue of the free medical and surgical outreach.

They claimed that they had earlier booked the venue for a celebration of New Yam festival but upon inquiries, it was gathered that the said event by the youths was actually billed for a September date, a source told Ikengaonline.

According to the Coordinator of the Prof Gregory Ibe Medical and Surgical Outreach, Dr Ojum Ogwo, every plea to the youths  to allow the medics entry to the hall to attend to waiting patients fell on deaf ears.

He regretted that the youths stood their ground despite the presence of many patients who had gathered from remote parts of Osisioma waiting for the arrival of the medical team.

“The youths frustrated every effort to resolve the issue, threatening that they were directed by a governorship candidate from Osisioma to attack the medical team if they insisted on continuing with the exercise,” Ogwo said.

He told Ikengaonline that the frustrated medical team later retreated to a safe place in Aba, taking with them the medical supplies meant for Osisioma Local Government Area.

The embittered Dr Ogwo expressed disappointment that somebody could jeopardize the health of helpless patients because of politics and desperation for power, describing it as politics taken too far.

He recalled that the  Gregory Ibe Free Medical and Surgical Outreach is a social intervention programme initiated by the philanthropist since 1991 to afford indigent members of the society opportunity of receiving free quality medicare.

He disclosed that no fewer than 10,000 persons had benefited from the ongoing 2022 edition of the exercise which started on August 2.

According to him over 3,500 eye glasses have also been distributed in 12 Local Government Areas so far covered since the exercise started.

He called on politicians to rein in their thugs and allow hapless Abians access to a free medical treatment which he insisted had nothing to do with politics.