If you see mamaiwata, Peter Obi by Rudolf Ogoo Okonkwo

By EditorSeptember 2, 2022No Comments6 Mins Read 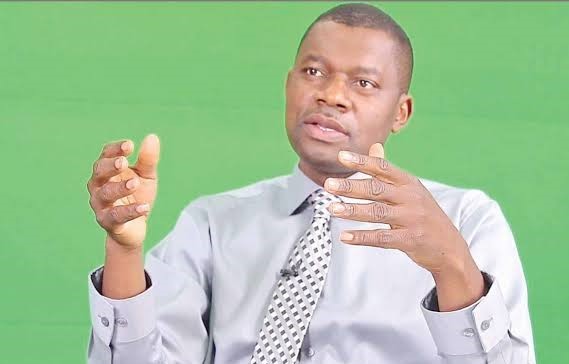 “If you see mamaiwata o

Peter Obi is a Mamaiwata that has shown up at a shipwreck site called Nigeria. His human torso and fish-like lower body have made him a mythical object. He holds the traditional mirror and comb in his hands, and around his body coils a python. He lures sailors with the beautiful songs he sings with his hypnotizing voice. If you see him, do not just show your adoration. Touch his long blonde hair but do not remove the hibiscus flower tucked into the hair. Do not be mesmerized by his fins and radiating scales, or else you miss his gifts and rewards. Do your best to look deep into his blue eyes and ask him deep questions.

I may never get the chance to ask him mine. And I have so many. Here are just three questions for those who are lucky to see Mamaiwata.

As Governor of Anambra State, I remember you for these two profound statements. One was that “the society that we abuse today will take its revenge on our children.” The other statement is that “when the premise of an argument is wrong, the conclusion is also wrong.” Of recent, you have not been using any of these statements. Why is that?

Let us take the last one first. “When the premise of an argument is wrong, the conclusion is also wrong.”

Virtually everyone agrees that Nigeria is like a car with a knocked engine. Do you agree?

If you agree, does it need a good driver or a new engine?

Does it not follow that your conclusion and the possible outcomes of your presidency will also be wrong?

This is what your hero, Chukwuemeka Odumegwu Ojukwu, said as far back as 1969.

“The Federation of Nigeria is today as corrupt, as un-progressive and as oppressive and irreformable as the Ottoman Empire was in Eastern Europe over a century ago. And in contrast, the Nigerian Federation, in the form it was constituted by the British, cannot by any stretch of imagination be considered an African necessity. Yet we are being forced to sacrifice our very existence as a people to the integrity of that ramshackle creation that has no justification either in history or in the freely expressed wishes of the people.”

Was Ojukwu wrong? Is Nigeria, as presently constituted, a justifiable African necessity? If not, why do you think it deserves the sacrifice of 200 million people to keep it alive?

If you look at Nigeria’s budget, state, federal, and others, there is a lot of waste. You have convinced your supporters that you will close the loopholes through which governors like you and other government officials siphon money. And they believe you.

I have a question about waste through security votes. As Governor, how much did you take every month as a security vote? What was your security votes’ percentage of the money you received from Abuja and your state’s internally generated revenue?

In one TV interview, you said government officials told you that you could take as much as N1 billion a month as a security vote when you became a governor. In another interview, you said that if you were to tell Nigerians the truth about what governors earn, there would be trouble in Nigeria.

Do you really think there is anything you will reveal about the life of governors that would surprise Nigerians?

Transparency is an integral part of good leadership. Will you pledge here and now to reveal to the nation how much you are worth today, including how much you have hidden in offshore accounts for your family members? Will you, as the president, publicly declare your assets the way President Yar’Adua did? Will you show leadership and stand out from other candidates by publicly declaring your assets before the election?

Well, Nigerians know that, on average, state governors each take home N200 million in security votes a month. If you multiply that by 36, that will be N7.2 billion a month. In a year, 36 governors pocket N259.2 billion. In the last 20 years, governors like you have taken N5.18 trillion Naira out of their state budgets. For what? This figure is about what Nigeria’s budget is in a year.

Will you agree that you and your fellow governors in the last 20 years have abused our society so much? Are you sorry that you were part of the rot in the system? Have you repented? Is your quest to be president a form of penitence? Are you aiming to pay restitution? Are you afraid that the society you have abused will take revenge on your children?

Governor, you will agree with me that Nigeria has worked for you. Am I right to conclude that Nigeria is a failed society that works for those like you who failed it?

These are my two questions for our mamaiwata, Peter Obi. If you see him, please help me get some answers from him. I will reserve the third one until I meet him.