By EditorSeptember 5, 2022No Comments3 Mins Read 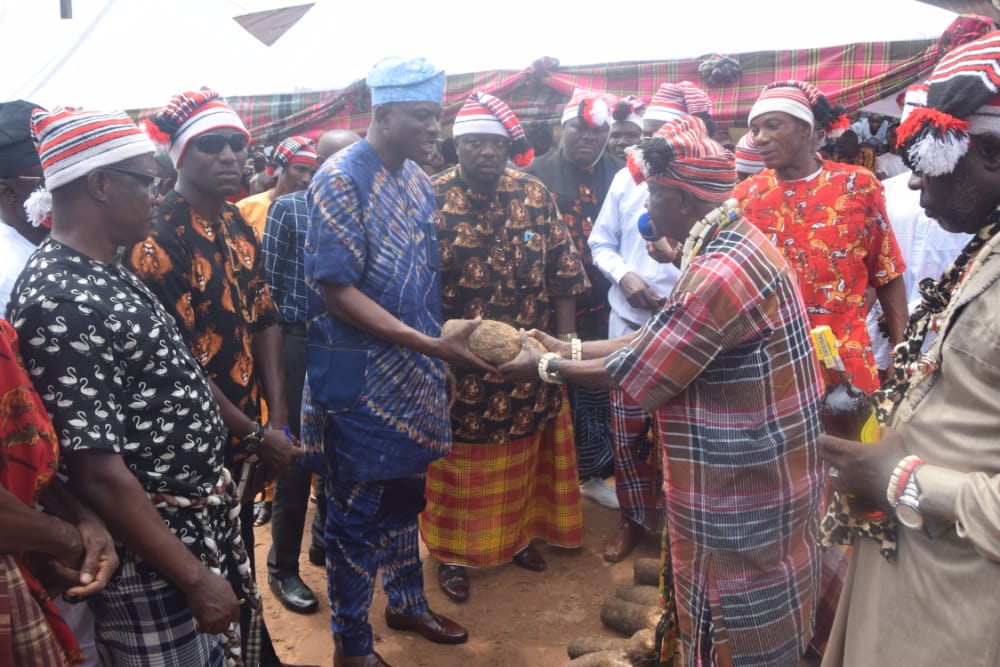 The ancient town of Ohafia in Abia State was agog weekend as the people of Ebem community celebrated their New Yam festival in style.

The presence of the Commander of 14 Brigade Nigeria Army, Brig. General Adegoke Adetuyi, and his men from the Goodluck Ebele Jonathan Barrack, Ohafia spiced up the cultural carnival.

Abum Square, Ekeleogu Palace venue of the annual event, was filled to its full capacity by locals and soldiers alike who were thrilled by cultural troupes and masquerades on display at the glamorous event.

The famous Ohafia War Dance cultural troupe was on ground to entertain people at the event.

Interestingly, the presence of the Brigade Commander and his men at the event less than one month after a stand-off between soldiers and some communities, provided an opportunity for reconciliation.

Speaking at the event, the Army Chief expressed delight to identify with the cultural ceremony, describing Ohafia people as very hospitable.

He noted that the community had always enjoyed a very cordial relationship with the Army, and urged that  such cordiality be maintained.

Brig. General Adetuyi noted that peace is sacrosanct for any meaningful development to take place.

He noted that Ohafia people, “are hospitable people that are not known for violence and criminality,” and urged them to sustain the virtue for social and economic development to thrive in the land.

Adetuyi said that the officers and men that make up 14 Brigade “are from all parts of Nigeria, including Abia State,” hence “Ohafia  people should see them as brothers and sisters.”

He said that his presence at the festival was to show the people that the Army had many good things to do with the good people of Ohafia.

He appealed to Ohafia people not to habour criminals and violent elements in the community to avoid unnecessary stand-off with security agencies.

Brig. General Adetuyi also pleaded with traditional rulers in the community to ensure that their communities do not provide breeding ground for hoodlums who foment trouble in society.

According to him: “All we need from our traditional rulers, monarchs, various leaders is to encourage our youths to shun acts that are inimical to peace and security, because without peace, no reasonable growth and development can be experienced.

“The good people of Ohafia should clearly dissociate themselves from the few criminal elements that are killing and harming innocent people in the community. By doing that it would be easier to protect the people.” 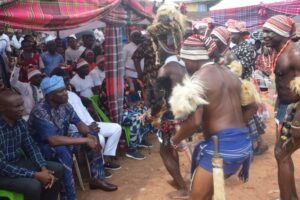 Speaking earlier, President General of Ebem Ohafia Youths Development Forum, Emeka Mba, appreciated the Brigade Commander and his entourage for identifying with them by attending the New Yam Festival, which showcased the love the entire Brigade has for Ebem and Ohafia community in general.

He assured that the leadership of the Community would not allow hoodlums spoil the cordial relationship that had existed between the Army and the locals.

The high point of the event was the presentation of a tuber of new yam and bottles of wine to the Brigade Commander to signify the love of the community to the military.