By EditorSeptember 12, 2022No Comments4 Mins Read 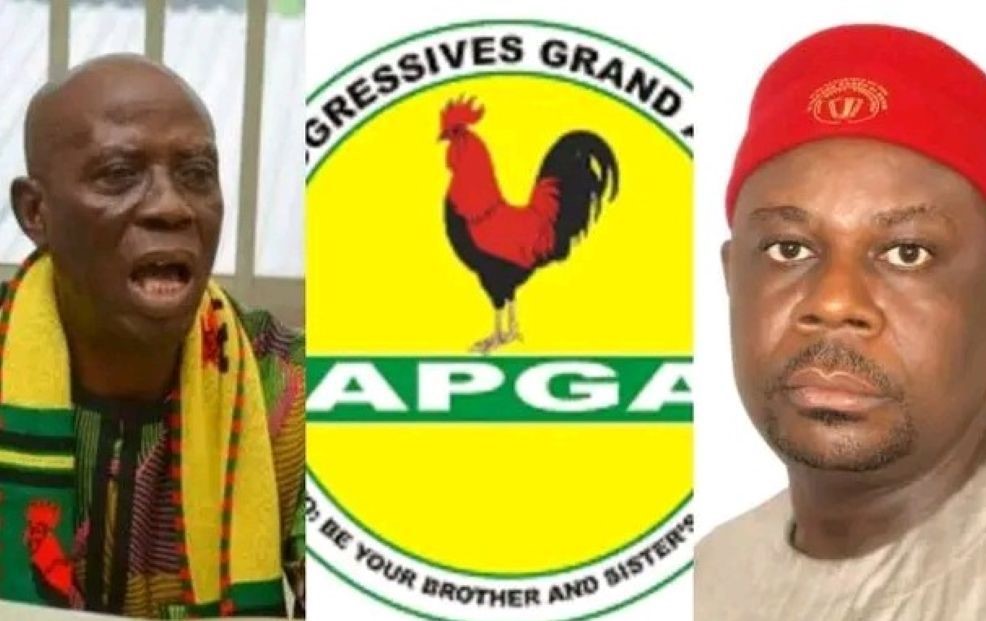 The Deputy National Chairman of the All Progressives Grand Alliance, APGA, Chief Uchenna Okogbuo, has said that Prince Nnanna Ukaegbu who is claiming to be the chairman of the Abia State chapter of the party following a judgment of Owerri Court of Appeal, is parading a stale judgment.

Okogbuo who spoke with our Correspondent said that the tenure which Ukaegbu was claiming expired since 2015.

He dismissed him as “a jester and an impostor,” whose stock in trade is to claim chairmanship of the party in every election year.

Okogbuo recognised Rev. Augustine Ehiemere as  the only authentic and duly elected Chairman of  APGA in Abia.

The Deputy National Chairman further said that the suspension slammed on Ukaegbu since 2014 had not been lifted, hence, “his claims as the Chairman of the party based on a stale judgment is an academic exercise.”

“Ukaegbu remains suspended and terminated  from APGA since 2014,” the Deputy National Chairman insisted.

Continuing he said: “Nnanna Ukaegbu does not exist in APGA. He is worse than an impostor. He is the same thing like Edozie Njoku who is claiming to be our National Chairman.

“Anybody dealing with Ukaegbu either as APGA member or state chairman does so at his own peril. He does not exist as far as APGA membership is concerned.”

The Deputy National Chairman who spoke on the heels of the recent invasion and purported take-over of APGA state secretariat in Umuahia by Ukaegbu, accused Ukaegbu of working to distract and destabilize the party ahead of the 2023 polls.

He dismissed the claims by Ukaegbu who he said was suspended by Chief Victor Umeh-led National Working Committee as “futile and belated.”

“I was the one who stood in as the State Chairman when he was suspended in 2014, and I have moved on. Chief Ume that suspended him has also moved on.”

“Ukaegbu is parading a stale court judgment. It is not in contention that the authentic Chairman of APGA in Abia State is Augustine Ehiemere. What Nnanna Ukaegbu is doing has become his stock in trade in every election year.

“In 2015 when Dr Alex Otti was our governorship candidate, he tried it and failed. In 2019, he tried again and failed. And as 2023 is approaching, he has started again, but as always, he shall fail.

“A critical look at the judgment he is parading up and down reveals that it is a stale judgment. That suit was between him and myself with APGA in 2014/2015.

“I have since finished as the Acting Chairman when he was suspended in 2014. I was brought in to superintendent over our 2015 election and I have since returned to Abuja where I am now the Deputy National Chairman of the party.

“Immediately after the 2015 election we had a congress that produced Rev. Ehiemere.

“Ukaegbu’s tenure that he is talking about ended in 2015 and it is not perpetual. Since then we have had two congresses. So, whatever he was challenging ended in 2015.

“All that Ukaegbu is doing now amounts to efforts in futility. It is his stock in trade. He does it in every election year. When he came up with that charade in 2015 it was thrown away. He did same in 2019 and it was also thrown away. What is wrong with him?”

Ukaegbu had earlier told our Correspondent that he was enforcing Owerri Appeal Court judgment that restored him as State Chairman of APGA in Abia.

Ukaegbu insists he is the Chairman of the party but APGA says its leadership in Abia is intact and under Rev. Ehiemere.