By EditorSeptember 14, 2022No Comments5 Mins Read 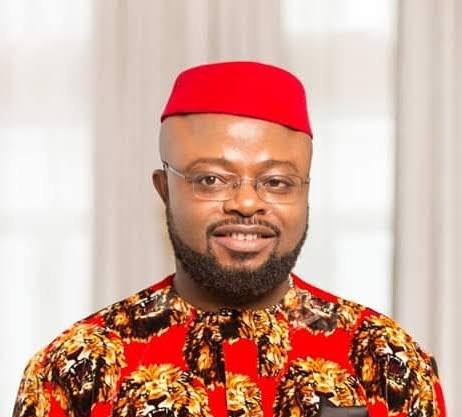 The Supreme Court has upheld the nomination of Ifeanyi Odii as the governorship candidate of the Peoples Democratic Party (PDP) in Ebonyi State for next year’s election.

In a judgment on Wednesday, a five-member panel of the apex court, headed by Justice Amina Augie, unanimously upheld the appeal filed by Odii.

The court set aside the July 19 judgment of the Court of Appeal, which ordered a retrial of the suit between Ifeanyi and Senator Joseph Obinna Ogba on the dispute over who was the actual candidate.

The apex court restored the judgment of the Federal High Court delivered on June 7, 2022, which the Court of Appeal had set aside in its July 19 judgment.

The court held that the Court of Appeal was without jurisdiction to have heard the appeal filed by Ogba, because the notice of appeal filed by Ogba on June 17, 2022, was incompetent because he failed to first obtain the leave of court to appeal as an interested party.

The apex court further held that the incompetence of Ogba’s notice of appeal robbed the Court of Appeal the requisite jurisdiction, and as such, all the proceedings conducted amounted to a nullity, including the order made in the July 19 judgment setting aside the June 7 judgment of the Federal High Court, which had upheld Ifeanyi’s nomination.

The apex court also struck out the cross-appeal filed by Ogba.

In the lead up to the party’s primary, the party had become factionalized with Ọgba and Odii leading two separate factions.

As a result, two different primaries were held in the State.

The first primary held on May 29 had produced Mr Odii as the governorship candidate of the party.

The National Working Committee of the party however announced the cancellation of the first primary for not following party and electoral guidelines.

It fixed June 5,  for a second primary which was won by Ọgba but boycotted by Odii.

However, Mr Odii had filed a suit before the second primary at the Federal High Court urging the court to restrain the Independent National Electoral Commission (INEC) from accepting the name of any other person as the party’s candidate.

The Abakaliki division of the court in its ruling upheld his suit and ordered the party to submit his name as candidate of the party.

Ọgba, however, filed an appeal and the appeal court in its ruling on July 17, ordered a retrial of the suit on the dispute over who was the actual candidate.

But Mr Odii headed to the Supreme Court to appeal the suit arguing that the appellate court had no jurisdiction to hear the matter.

Meanwhile, the Ebonyi Chapter of the party has hailed the Supreme Court ruling affirming Mr Odii as the authentic governorship candidate of the party.

It described the ruling as the first step towards the restoration of the state.

Spokesperson of the party, Chika Nwoba, stated this in a congratulatory message he issued to Mr Odii immediately after the ruling.

He said: “The Peoples Democratic Party (PDP), Ebonyi State chapter congratulates Mr Ifeanyi Odii on his victory today at the Supreme Court, Abuja, over the case of the authentic gubernatorial ticket bearer in the PDP in Ebonyi State between himself and the Senator representing Ebonyi Central Zone, Sen. Obinna Ogba.

“We wish to state that the victory is one for the PDP in particular and Ebonyi people in general, urging party members, supporters and the general public to see the victory as the first step in the journey towards restoring the state of Ebonyi to the path of good governance that the party had always given since 1999.

“We thank the teeming supporters and members of PDP for the high level of leniency they kept throughout the moments the litigations lasted.

“We charge both Mr Ifeanyi Odii and Sen. Obinna Ogba to see this finality as a journey that has just begun in view of the determination of the party to reclaim its place in the leadership register of Ebonyi State as there exists no victor nor vanquished in this case.

“We plead with members and supporters to cease from making comments that may have the potentiality to divide the party and present anyone as loser.

“PDP is one in Ebonyi State and we need a more united force to pursue the task of winning the 2023 gubernatorial election in Ebonyi State,” the statement said.

Meanwhile, Mr Ifeanyi Odii has hailed the supreme court ruling affirming him as the authentic candidate of the party for the 2023 general election.

Mr Odii in a statement dedicated the victory to the people of the state for keeping faith with him throughout the period of litigation.

He said: “Our victory today at the Supreme Court is dedicated to God Almighty and you the good people of Ebonyi State.

“Your steadfast belief and support for our collective aspiration for a better Ebonyi State, has yet again, received God’s blessings.

“Like achieving anything of enduring value, the process can be tough but not beyond our resilience to overcome.

“Today, we are one step closer to our goal of making life better for you, our people. By the grace of Almighty God we shall succeed,” he said.