By EditorSeptember 16, 2022No Comments6 Mins Read 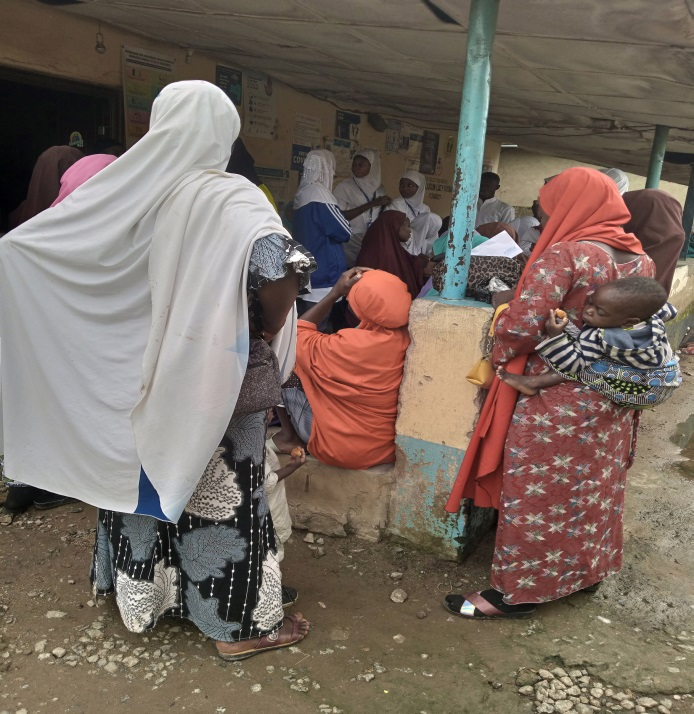 In this investigative report conducted by Gender Strategy Advancement International (GSAI), staff and patients of primary healthcare centres in the Federal Capital Territory (FCT) decry the poor state of the Primary HealthCare Centres, insufficient skilled and non-skilled personnel, dilapidated structure and lack of equipment and drugs amongst many other issues.

Nigeria accounts for over 34 percent of global maternal deaths, the prevalence of maternal mortality in Nigeria is very much connected to the state of primary healthcare centres in the country and its service delivery, as primary healthcare is the first level of contact of individuals, families and communities in providing services to the majority of people based on need without geographical, social or financial barriers.

This investigation gives a glimpse why there exist such an alarming rate of maternal mortality as well as what is obtainable in other Primary Healthcare Centres across the country.

A visit to the Primary Healthcare Centre in Lugbe, not only reveals the degraded state of the centre but also disclosed the attempt by the Area Councils in the FCT to shield the centres from investigation and scrutiny as staff in almost all the centres visited initially declined from answering any probing questions based on instructions given by the councils.

A mid-wife recounting her experiences working in Lugbe Primary Healthcare Centre lamented shortage of personnel as she confirmed the staff strength of the centre to be ten with most of the its working population being volunteers who exceed the number of staff. She complained of the capacity of the facility and how it could not accommodate the number of persons that come to access care in the centre, and a dire need for renovation of the centre which is obvious from the picture below. 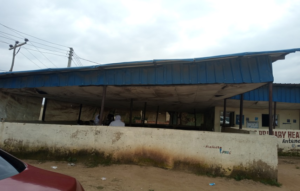 Upon inquiry on the availability of necessary equipment at the centre, it was disclosed that primary/elementary equipment such as a weighing scale, bed spaces BP apparatus, Forceps, bed sheets, trays and drugs were not available to render the services needed for standard practice, this according to the mid-wife leads to improvisation when faced with certain situations. In an example of improvisation, she stated that the family planning unit is used for family planning services, antenatal services, cancer screening services and sometimes to admit patients at the close of the day. This she says hinders a decent delivery of services as the privacy needed to attend to these patients often leaves both the caregiver and patient feeling dissatisfied with the service provided and the effective conveyance of information.

Speaking to a nursing mother at the facility who was catering to a patient, Mrs Zainab (Real name withheld) said she could not have had her child at the centre as it never crossed her mind that it was an option despite being in the community for a number of years.

Dei Dei primary healthcare centre at the Dei Dei in Bwari Area Council was no different with its unsanitary conditions as pregnant women were receiving antenatal care at the corridor of the building with some standing, and others leaning on the decrepit wall. An attempt to uncover more on the state of the centre was futile as the person in charge insisted a letter must be gotten from the Bwari Area Council before answering any question. However, it was obvious, going by the structure of the PHC and the conditions in which the patients received treatment that this is yet another PHC in dire need of rescue. 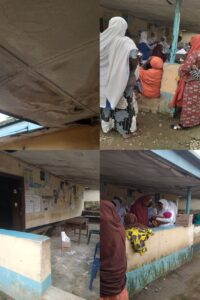 Speaking to a resident at Dei Dei, Hadiza said “it is because we no get option and we no fit afford better healthcare that’s why we still dey manage here, for say money dey, everybody for go where he sure say she no go get problem when time to born reach, but money no dey, government suppose help people like us, make this place dey manageable small”

The Primary Healthcare Centre in Galadimawa was by far the worst amongst the Primary Healthcare centres sampled for this research work in the FCT, it is a collapsing mock of a studio apartment segmented with wood into small units. On arrival to the centre, there were only two personnel at the centre and the one in charge was reported to have stepped out. 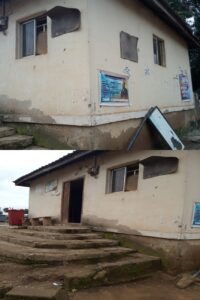 Speaking to a resident of Galadimawa, she deplored the poor state of the centre and stated that people rarely go there to receive care, more or less to deliver a baby. She lamented on how ill-equipped the centre is to attend to the primary health demands of the community, whilst stating that most of the pregnant women in the community seek other clinics and hospitals to deliver their babies despite the time they go into labor and the distance from the community to these clinics.

A breakdown of the 2022 budget indicates that N724 billion was allocated for healthcare across the 36 states of the country and the FCT, with this allocation, Nigeria failed to meet its Abuja Declaration commitment which requires the nation to ensure that 15 percent of its annual budgetary allocation goes to health. The Primary Healthcare Centres bear the brunt in all these, as they are worst affected with most of the poorly staffed without basic equipment to attend to the health demands of the community causing a rise in the increase of maternal mortality in rural areas which accounts for most of the maternal death rates in the country.

The National Primary Health Care Development Agency in charge of the PHCs nationwide, received N24 billion in the approved budget. According to a report by Punch, if this is shared across the 30,000 PHCs in the country, each of the centres will run on N800,000 for the year.

The high rate of maternal mortality in Nigeria cannot disappear overnight if Primary Healthcare Centres are not properly funded and fully equipped to meet the health needs of the people in several communities across the country.