Soludo to flag-off over 63 kilometers of road in Anambra

By EditorSeptember 16, 2022No Comments1 Min Read 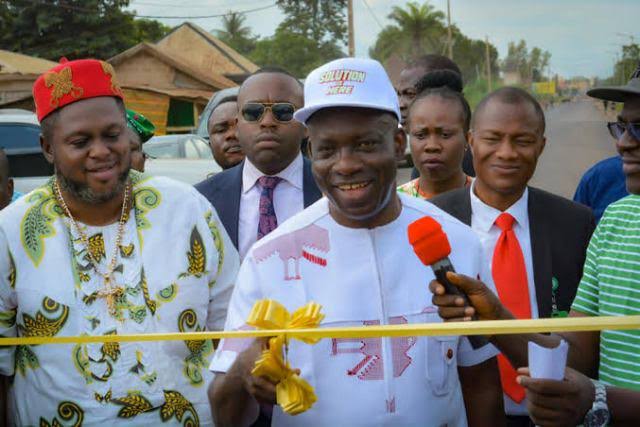 Anambra State Governor, Professor Chukwuma Soludo, will flag-off the re-construction over 63 kilometers of roads across the state on Saturday, Ikengaonline can authoritatively report.

The Governor gave the hint during the commissioning ceremony of a 1.7 kilometers road, built by Chief Val Onwumelu in Umuoji, Idemili North Local Government Area.

Governor Soludo who was pleased with the gesture, said that the best way to develop the state was through Public Community Private Partnership, (PCPP), and not through government funding alone.

In a related development, the Governor also flagged-off the rehabilitation of the popular Mmili John road, Ojoto, in Idemili South Local Government Area of the state.

Speaking at the occasion, Soludo said, “We have come to break a long standing jinx at the famous Mmili John where whenever it rains, the flood occupies the road, such that commuters can’t differentiate the river from the road.”

Soludo noted that the street light project in the state was not sustainable because of the cost of diesel, explaining that his administration is gradually converting them back to solar, after which they will begin new ones within the availability of funds.