Why I joined senatorial race in Anambra – YPP candidate, Umeadi

By EditorSeptember 16, 2022No Comments3 Mins Read 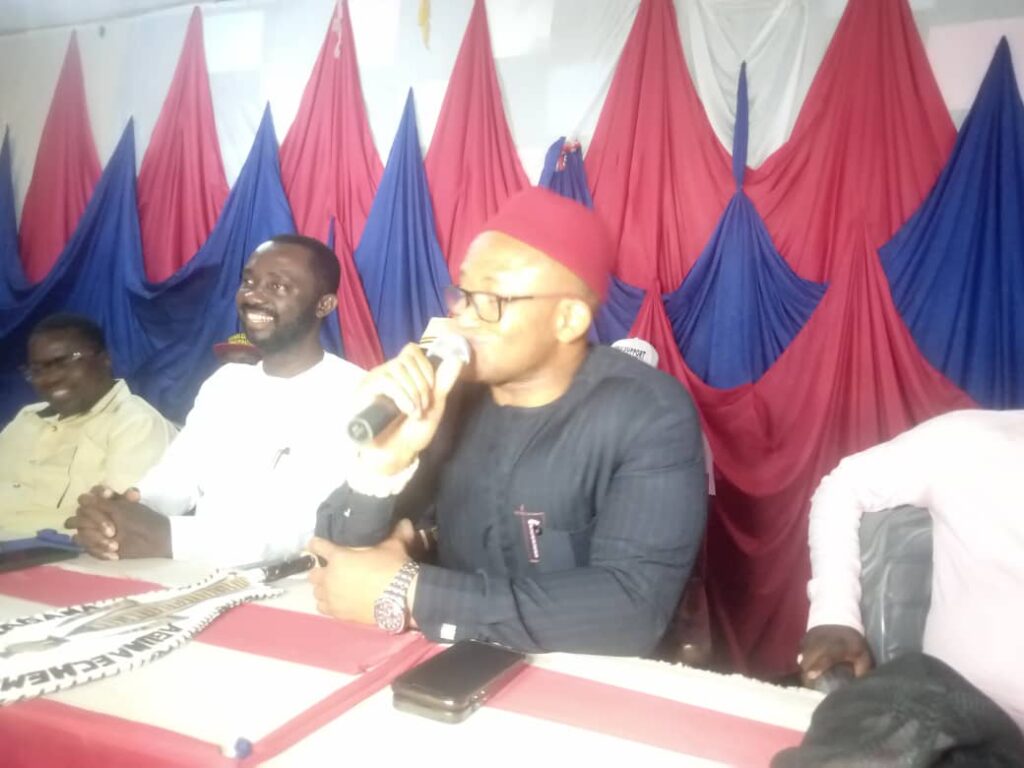 During a media chat with journalists at the Godwin Ezeemo International Press Centre, Awka, Anambra State capital, Thursday, the YPP candidate said his intention is to offer the people an effective representation that is different from the normal.

Umeadi who is a medical expert said the people of Anambra Central have not had quality representation at the National Assembly due to the recycling of same politicians in the zone.

“What we have done is recycling of the same politicians who magically find their ways into the corridors of power every four years. I will be a senator with a difference if elected to represent my people at the red chamber.

“The people have experienced nonsensical representation because they are represented by individuals who have no regard for their lives and well being, but only care for themselves alone and their families.

“Most of the qualifications of our representatives are zero and in some cases very minimal. That is more reason we have to evaluate those we elected to represent us and see what they have done in the positions given to them.”

Emphasising why he joined the senatorial race for Anambra Central, the YPP candidate said “the world is not all about me and my family. It would be of no use that my family and I  live in comfort and people around us are suffering.

“I am assuring you that with me as a senator, you will have a senator with a difference. I’m going into the senate to bring the desired change the people need. We have been having people who have been unleashing hardship on the people. They promised what they had no intention to do. It is time we stopped those who promise what they cannot do, ” he said .

“I have a foundation to reach out to the poor, especially the brilliant ones who have good results but no money to train them. We will use my  Foundation to empower the youths, reduce poverty in the communities and also treat people with health challenges.

“There is a limit to what one can do as an individual. I think I can do more as a senator.

“I am not worried or interested about those people manipulating the electoral process to win elections. Our people are now politically educated and they will vote right this time during the election,” he said .