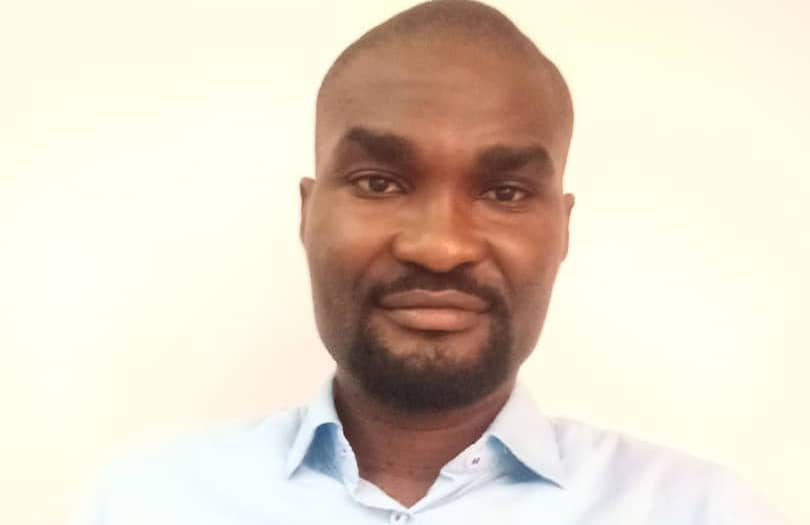 In Nigeria today, not only can it be said that maritime awareness is low, it could as well be said that many officials in positions of authority are working hard to sustain oil theft through which the nation now loses $700 million in monthly revenue as reported. At the various land oil terminals of: Qua Eboe, Escravos, Brass, Forcados and Bonny, Nigeria’s oil is being stolen in an unheard-of scale. Nothing much, I’m sure, will vary with the over twenty terminals on floating platforms – offshore. With this development, Nigeria becomes the only OPEC member state not able to meet her quota (1.830 million bpd) in an era of global oil boom.

Of the 1.1 million bpd she still manages to produce (the lowest in over 25 years), Nigeria loses 900,000 barrels to theft, representing an unprecedented 80% loss. While other oil-rich states are raking in billions, awash in petrodollar, following the ongoing war in Ukraine, Nigeria records huge loss due to oil theft and subsidy payment. Worst is, a recent release from a rating agency has it that Nigeria has lost her position as the leading oil exporter in Africa to Angola. Nigeria, said another report, is trailing Algeria, likely at the third position.

Oil theft itself is nothing new in Nigeria. Over $13 billion was lost to theft within a four-year period covering 2009 to 2013, a source once quoted. But the loss being recorded under the current oil regime is largely unsustainable given the nation’s debt burden. The impact of this theft already reflects on the nation’s economy as seen in the proposed 2023 budget outlay. Recently in a briefing session, the minister of finance, Hajia Zainab Ahmed, while presenting the Medium Term Expenditure Framework (MTEF) and Fiscal Strategy Paper (FSP) for the 2023-2025 cycle, hinted that the proposed 2023 budget already bears an ₦11 trillion deficit! When we add up the numbers from loss due to theft to the ₦6 trillion subsidy fund already draining the amended 2022 budget itself, then, we will only come to terms with how and why as a nation Nigeria has fallen on hard times. If oil, being Nigeria’s major foreign exchange earner, suffers loss this huge amid various other leakages and rising debt profile, the meaning is that we will continue to have unrealistic and unrealizable budgets in years to come, likely.

The Nigerian security agencies manning her waterways and maritime boundaries could be complicit; likeliest, the Nigerian navy. That a Norwegian supertanker (ship) named “MT Heroic Idun” entered Nigerian waters, without clearance from the NNPC or right of innocent passage from the maritime authorities, went inside Nigeria’s territory, loaded oil, and then “escaped” to Equatorial Guinea passes a huge indictment on the navy, and by extension the other major stakeholders in the oil industry. The meaning is that, like our land borders, our maritime boundaries too are compromised. Again, it should constitute an act of war for a foreign vessel, more so a rogue ship, as in this case, to enter into the territorial waters of another sovereign (coastal) state without clearance or right of innocent passage, so why didn’t our navy treat this as such if indeed they weren’t complicit? Why did they regale us with the account of the rogue ship’s captain saying he was not under obligation to answer questions from our navy even on our waters?

Various reports have it that many rogue ships enter Nigerian waters daily, load oil and then transship same to oil-carrying vessels on high seas thereby diverting the nation’s oil resource wealth. Nigeria’s oil, this way, is shipped to Equatorial Guinea, to Sao Tome and Principe, and even to other countries within and beyond the Gulf of Guinea axis by syndicates allegedly led by certain elitist clique working in cahoots with some persons within the host communities, security agencies, officials of certain international oil companies (IOCs), militant warlords and certain other interests.

These compradors whose action constitutes economic sabotage hold the nation back at a time like this. They are enemies of the state and the reason Nigeria suffers losses even when oil price has remained relatively stable at $100 per barrel or more in the last four months.

NNPC’s disagreement with the customs is another thing to really worry about too. That NNPC’s daily supply quotation of 60 million litres conflicts with that of customs, said to be around 98 million litres, should raise further questions. If the customs account is anything to go by, then it means that over a differential of 30 million litres of petrol released daily to meet national consumption is siphoned. If, on the other hand, the NNPC’s details are to be believed, then why do we still experience scarcity and long queues at filling stations?

Does the NNPC which, for over forty years of existence, did not make any financial disclosure for the Nigerian public to know how much profit or loss it recorded mean to tell Nigerians it was not underreporting figures and numbers from oil sales those decades? The same NNPC which after 44 years of existence declared a vague ₦287 billion profit for the financial year of 2020 in 2021 has not posted any profit nor remitted a kobo into the federation account since February of this year – 2022. NNPC’s reason for not meeting its obligation is hinged on two-pronged issues of: subsidy payment and oil theft, according to the latest revelation from Bala Wunti, the Group General Manager, National Petroleum Investment Management Services (NAPMS). Today, foreign reserves hit an all-time low having been depleted in the face of revenue shortfalls.

Bunkering and operation of illegal refineries which the Petroleum Industry Bill (now Act of 2021) was initially supposed to address were brushed aside when at the floor of the National Assembly diversionary issues like the hotly debated dichotomy between “host communities” and “frontier basins” dominated legislative sessions. With those debates on dichotomy went the call for artisanal and modular refineries which the PIB had hitherto made the plank of its debate in its early days. Today, while we mourn oil theft and bunkering, let us not forget that we had our chance with the PIB. While artisanal gold miners in Zamfara and elsewhere in the North were issued mining license under the so-called Presidential Artisanal Gold Mining Development Initiative (PAGMI), local refiners of the same non-state actor and informal sector hue in the Delta regions got nothing!

It should also be borne in mind that public international and domestic laws empower state parties and national governments to maximise maritime security. Under international laws such as law of the sea, Nigeria, as a coastal state, has obligation to protect its maritime domain, control all the resources thereof and administer such areas with her municipal laws. According to Nigeria’s Maritime Act, Nigeria has right to administer as part of her territory 12 nautical miles (in distance range) from coastal mouth to the open sea. This area includes the exclusive economic zone (EEZ) which could be used for fisheries, fishing ports, mining or other activities.

Norway, which owns the MT Heroic Idun, the rogue ship that violated Nigeria’s territorial waters is a coastal state, just like Nigeria. But Norway cannot tolerate a Nigerian motor fishing boat operating in her coastline or continental shelf without clearance. Also, the Netherlands which operates the MT Heroic Idun cannot tolerate illegal deep-water operation by Nigerian vessel on her North Sea territorial waters. Were it to be that a Nigerian ship violated Norwegian or Dutch maritime space, both news and grapevine sources would have carried it that the victims are facing trial in the two countries, rather than escape to some nearby countries. Even Abike Dabiri-Arewa and other top government officials would have been briefing newsmen on how the Federal Government is engaging or negotiating with the governments concerned. This is why it is easy to get away with any crime in Nigeria, even ones that undermine her national interest. Only few months ago, what trended was importation of “bad fuel” into the nation. Methanol-laden petrol knocked car and power generator set engines. Four firms were fingered. The originating nation said to be Belgium. In the end nothing happened. No single arrest. No prosecution. Just nothing.

But Nigeria has in a petroleum minister, a Commander-in-chief, whose campaign mantra among other things said “anti-corruption war.” Maybe violation of the nation’s territorial waters does not amount to war crime to the commander.

Not long ago it was gathered that the Nigerian senate, as directed by Senate President Ahmad Lawan, had asked a committee to probe oil theft. Only in March or April of this year, there was an “ad hoc committee” set up to look into the same thing. What the findings and outcomes were we are yet to learn.

The same National Assembly has a lot of unfinished business bordering on investigation, probe, public enquiry and hearing. One such unfinished business is the case of one Daniel Pondei of the Niger Delta Development Commission (NDDC), who collapsed during a contract violation hearing session. From this current senate committee, Nigerians expect nothing. After all, the said cartel looting the oil, likely less than 0.5% of the country’s entire population, is known in various quarters, including, possibly, the “hallowed chambers.” Did Governor Wike of Rivers State and the rights activist and lawyer, Femi Falana not say something like that recently?

What we call oil theft in the media parlance may represent a reward scheme for financiers of campaigns and certain creek warlords. If you think we are going to get it right with any oil theft probe committee ponder on Tompolo.

An ex militant, Mr. Government Ekpemupolo (aka Tompolo), who was initially declared wanted for sabotage and corruption is the same who has interests in firms that secured contract running into billions of naira to protect pipelines from vandalism. Of what use, one may ask, are the nation’s security agencies then? This contract award recently provoked hostilities and agitations among former creek warlords. Perhaps the restive days of Ateke Tom, Boy Loaf, John Togo and the rest are here again.

This is how Nigeria fights corruption, including oil theft!

Nigerians should question Buhari about what happens to their oil assets. Buhari himself is the Commander-in-chief whose duty is to protect our territorial waters, spaces and national assets. He is the minister of petroleum affairs under whose supervision the NNPC which sells this oil is. By virtue of these two offices – commander and minister – he should have daily records of number of barrels produced and what quantity of those left the terminals. He had given NNPC a nominal change from a “corporation” to a “limited company.” Before that, Buhari had claimed that subsidy had been replaced by under-recovery payment, yet trillions are spent on the same subsidy and more even lost to oil theft. Buhari must safeguard our territorial waters and dig deep to uncover the identity of those sabotaging the nation. He, as the Commander-in-Chief, must rise to the occasion, lead this war if indeed he has not lost his command.

But how far Buhari, who had said he is just counting down the days to 2023 transition, can go is the big question.