By EditorSeptember 18, 2022No Comments4 Mins Read 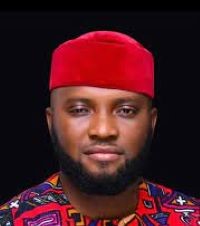 Imo West caucus of the state Assembly led by the Deputy Speaker, Amarachi Chyna Iwuanyanwu, on Saturday said the allegation by the spokesperson of the Coalition of the United Political Parties, CUPP, Ikenga Imo Ugochinyere, over alleged fictitious names in the voter register in Omuma, Oru East Council Area of the State came because the plan to scuttle the Continuous Voter Registration, CRV, in the area with violence was unsuccessful.

The Deputy Speaker stated this while addressing newsmen in Owerri, on the allegation made by Ugochinyere, who is also the 2023 candidate of the Peoples Democratic Party, PDP, for the Ideato Federal Constituency in Imo State.

Also, the State Chairman of the Inter-party Advisory Council, IPAC, Livi Ekeh, has cautioned Ikenga from making a premature statements especially when the Independent National Electoral Commission, INEC, has not made the INEC register public.

According to the Imo lawmakers, “We are dismayed by the allegation, the baseless spurious and irresponsible allegation by a PDP candidate for Ideato Federal Constituency, one Ikenga Imo Ugochinyere, against His Excellency, Hope Uzodimma. His kernel of the allegation which is in the public domain is that the voters’ list at Omuma has been inflated to give undue advantage to APC in next year’s general election. Ugochinyere claimed that he and an unnamed organization investigated the voters’  list fraud in all APC states, but curiously it was only that of Imo he made public.

“While some responsible organizations have risen to condemn this act of utmost recklessness by a person with a long history of gross irresponsibility, we wish to register our disdain and regret that this vermin of political agave hails from Orlu zone.

“However, our investigation reveals that the said Ugochinyere was procured for a fee to execute this hatchet job. The controversial ticket given to him by PDP has been used to enslave him to the point of betraying his brother and his people. This modern Judas has shamelessly sold his patrimony to Owerri zone and their tiny god.

“It is indeed most shameful that even from his confession, there was a plan by PDP to ensure that the number of registered voters in Orlu zone is whittled down through fraudulent and violent means. That was why they embarked upon sponsoring insecurity in the Orlu zone, burning INEC offices and preventing citizens from registering. That is why they are not happy that Orlu zone is finally safe. Alas, Ugochinyere regretted in his ill-fated public statement that despite relentless atrocities in the Orlu zone making it unsafe for voters to register, Omuma and other parts of Orlu recorded huge registration, hence his anger and rant. That was why he unwittingly vents his anger publicly that  Omuma which was supposed to be unsafe registered many voters. Of course, nothing can be more self-indicting.

“Unknown to him, we members of Orlu caucus in Imo state House of Assembly planned by embarking on an aggressive sensitization campaign to get our constituents to register. Orlu has 12 of the 27 local government areas of the state and there is no way that the other two zones can surpass in the registration exercise. Again, we have a sitting governor and the one sure way of boosting his chances of reelection is to get our people to register en masse. That in a nutshell is what has frustrated Ugochinyere and his sponsors,” he said.

Also reacting, the state Chairman of IPAC, Mr Levi Ekeh, said it was premature to make such an allegation when INEC had yet to publish cleaned-up the voters’ register for public scrutiny.

“We as a body commend their good efforts so far. At the same time caution them that Imo people, Nigerians and the entire world are watching them as unbiased umpires to deliver free, credible, fair and acceptable elections come 2023.

“In line with the Electoral Act 2022, as amended, after the Automated Biometric Identification System (ABIS) and clean up, the commission shall appoint seven days during which the register will be published for scrutiny by the public for objections and complaints.

“These allegations as the one made by CUPP can only become an issue when objections and complaints are not handled and treated by the commission within the period,” he said.