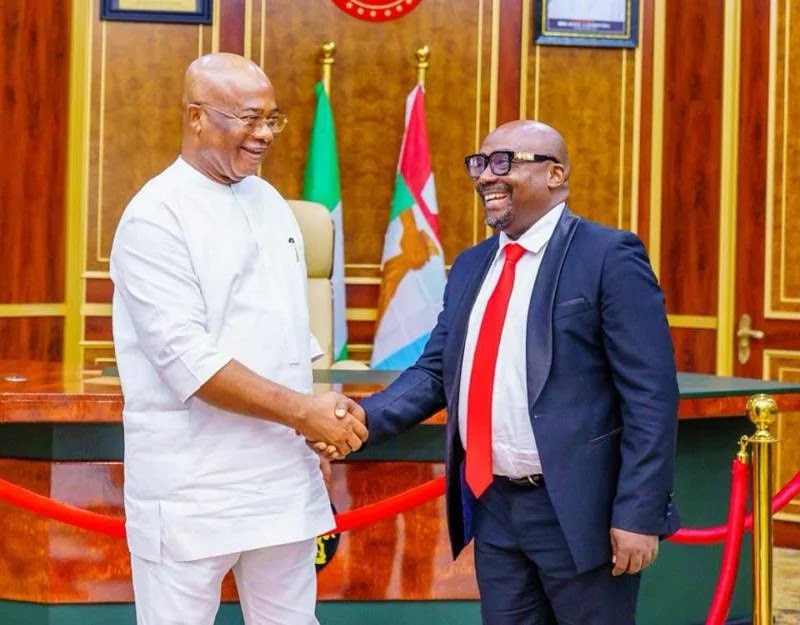 This was confirmed to newsmen by the Deputy Speaker, Amara Chyna Iwuanyanwu, who presided at a closed-door special sitting, where he presented the letter of resignation by Ibeh to members of the House.

Reacting, the resigned speaker, through his Chief Press Secretary, CPS, Ifeanyi Onyekachi, said: “It is with a due sense of responsibility that we announce the resignation of Rt. Hon. Barr  Kennedy Chidozie Ibeh, as the  Speaker, Imo State House of Assembly.

“Within his short period as the Speaker, IMHA,  Rt Hon Barr Kennedy Chidozie Ibeh redefined the legislative process, restored the dignity of the legislature and placed Imo State House of Assembly on a high pedestal.

“He, therefore, wishes to iterate his commitment to the 3-R Government of His Excellency, Gov. Hope Uzodimma, and to pledge his loyalty and support to the Governor, the good people of Obowo State Constituency and Imo State.”

However, so far the Imo State House of Assembly has produced four speakers in three years, starting from when Chiji Collins (APC) representing Isiala Mbano state constituency, was impeached for alleged highhandedness, but he was later reportedly pardoned. Chiji was replaced with Mr Paul Emeziem, (APC Onuimo). Emeziem was later sacked last year in November, on the allegation of forgery and Kennedy Ibeh took over.