By EditorSeptember 20, 2022No Comments5 Mins Read 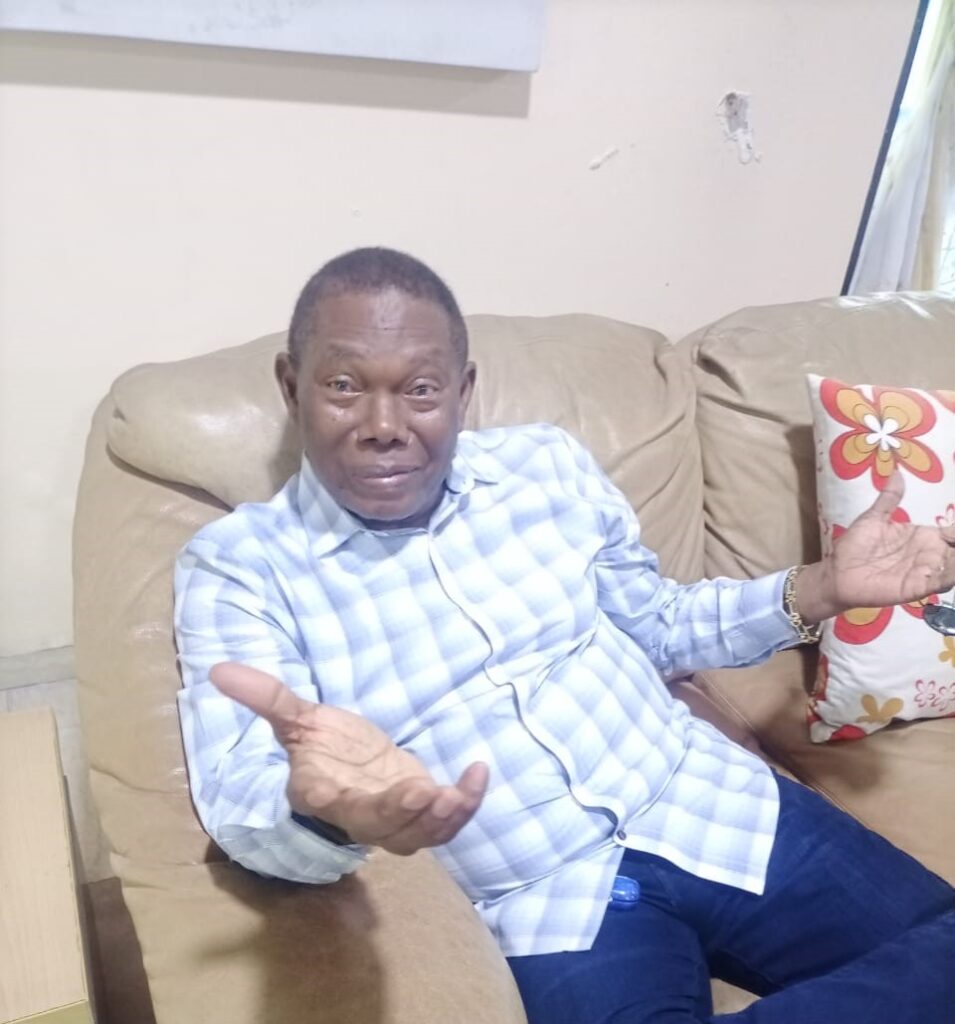 Pioneer Director General of the National Directorate of Employment, NDE, and the Young Progressives Party, YPP, senatorial candidate for Abia Central, Chief Chuku Wachuku, has said that it is stupid for any Igbo politician to work against the interest of the Labour Party presidential flag bearer, Peter Obi, in 2023.

Wachuku, who at a press conference in his Mbawsi country-home, said that it made no sense for any South-East politician to sacrifice Obi on the altar of party politics.

He said that Obi had a national appeal, hence the growing  nation-wide clamour for him no minding his ethnic background.

The former NDE boss who said Nigeria had got to a stage where competence should be placed above primordial sentiments, however, added that Obi had a lot of factors including competence and integrity going for him.

He, therefore, declared that anybody trying to work against Obi in the South-East would be swimming against the tide.

“I feel sorry for any Igbo politician working against Obi; they have denied themselves. Nigeria is clamouring for a change and if that change comes from an Igbo man so be it. If the rest of Nigeria support him why will we work against him?

“Not only that he is competent and is able, he is the man of the moment. You can’t deny that. So, any Igbo working against him is childish. Who are you trying to please if you work against your own? You want to deny yourself to please others? I won’t do that!

Chief Wachuku, however, argued that Obi would not deliver incompetent candidates trying to hide under his posters and umbrella to canvass votes.

He insisted that each contestant would be judged based on ones antecedents and capacity and not on party logos.

Wachuku who declared that “the Senate is not for local champions” but  for experienced persons who could make laws that would navigate Nigeria out of the woods, urged his constituents not to be deceived by vision-less and desperate politicians.

The Development Economist who said he had the competence to give his constituents quality representation at the red chamber, condemned the distribution of tricycles to youths as empowerment tools.

“Giving keke (tricycle) to people is not empowerment. Empowerment is something that creates job and adds economic value to families. It’s all about wealth creation, good and sustainable jobs, not distribution of rice and wrappers.”

He further argued that empowerment must be private sector driven, adding that anybody without clear-cut agenda of how to revive the Nigeria’s crumbling economy should not be voted into power.

“I will sponsor bills that will give rise to economic policies that will create wealth for the nation. I will put at least 500 people in agro-industrial clusters per local government area, and 250 people per ward. I will equally create one mega private-sector driven industry per LGA.

“Empowerment must rest on Small and Medium Enterprises and the informal sector. Some of these people canvasing for votes don’t know all these because if they do, they will not be giving youths Keke as empowerment.”

Wachuku who decried godfatherism syndrome said his intention was to leverage on his position as a Senator to get and hand over power to the younger generation.

The SME expert, regretted that Nigeria’s economy had nosedived almost irretrievably under the ruling APC, and called for a change of Government in 2023 if Nigeria must survive.

“The ruling party has driven Nigeria more into poverty. We need a new Nigeria where selflessness replaces selfishness.

“If we desire a change, we must refocus and allow the youths to take over.”

He promised to work towards the resolution of the stalemate between the Enugu Electricity Distribution Company of Nigeria (EEDC) and the Power Geometrics Aba owned by Professor Bath Nnaji, over distribution of power in Aba.

Chief Wachuku who acknowledged the frantic but unsuccessful efforts of Gov. Okezie Ikpeazu in resolving the impasse, promised to make it his priority if elected into the Senate as the Geometric plant is domiciled in his constituency.

The YPP candidate further said it was ridiculous to ask Umunneato clan in Abia Central to forfeit their senatorial right because of the governorship ticket of the ruling party.

He argued that by local zoning arrangement and by competence he remained the most favoured as it is the turn of his Isiala Ngwa North clan in the Ngwa (Umunneato) divide of Abia Central to produce the Senator in 2023.

“By competence and by zoning I’m favoured. In 1999, Senator Bob Nwannunu from Isiala Ngwa South took a shot and in 2003 it went to Senator Chris Adighijeh from Ikwuano -Umuahia divide.

“In 2007 it returned to Umunneato divide and Senator Nkechi Nwogu from Osisioma took a turn. After her it went back to Ikwuano Umuahia divide where the incumbent will be completing his eight years. After him, equity requires that it will return to Umunneato clan and Isiala Ngwa North is the only LGA yet to take her turn. So, that’s why I say I’m the only one running for senate in Abia Central.”

Wachuku said he was in politics to encourage the participation of more technocrats to help fix the political space.

He maintained that the essence of contesting an election is to serve the people and provide good governance.

“A lot of people who have been in this game have given it a bad image and that is why some of us are advocating for more technocrats to come in and help fix things up.”