By EditorSeptember 21, 2022No Comments2 Mins Read 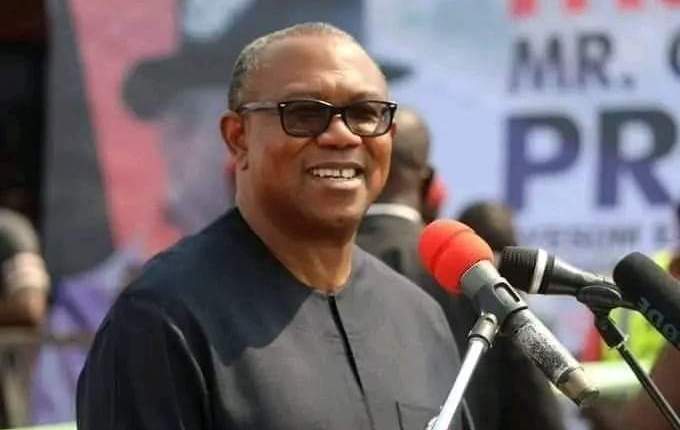 According to Oseloka Obaze who said he authorized another aide, Valentine Obienyem, to publish the credential, the action was taken to clear the air over doubts in certain quarters following the failure of the Independent National Electoral Commission, INEC, to provide details of Obi’s University degree in the Commission’s list released on Tuesday.

The certificate indicated that Obi bagged a Bachelor of Arts degree in Philosophy from the University of Nigeria in 1984.

Obi’s aides who also said their action was to stop mischief makers from peddling lies about their principal’s field of study, told other presidential flag bearers whose credentials were omitted by INEC to help clear the air by publishing theirs too.

Below is part of the text accompanying the published degree which was sent to Ikengaonline:

“Yesterday, though INEC included “Degree” to his qualifications, without specifying the field, mischief makers went to town. Some of them even went to the extent of implying that either he did not attend university after all or he did not graduate.

“He remains the most probed and searched Nigerian. They wish they could detect faults in him as a mark of respect for the frailty of human nature.

“At this point, there is no need conferring with him. I had to reach our boss immediately, Mr. Oseloka Obaze. Hear him: “Val, go on and publish. If any thing arises, tell him that I authorized. We need not appease mischief makers, but to clear all doubts among all men and women of goodwill who are genuinely concerned.

“Having published the result, let others whose credentials are doubted publish theirs.” 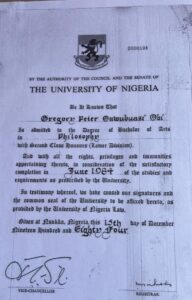