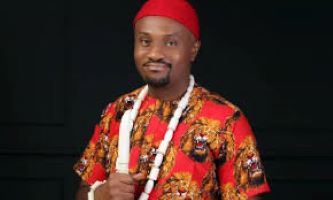 Obiora Agbasimalo, still missing one year after being abducted

Agbasimalo was reportedly whisked to an unknown destination by his abductors on Saturday, September 18, 2021.

On his way for an election campaign, the politician was kidnapped alongside his security aide while heading from Ezinifite to Azia in Ihiala Local Government Area of the State.

Since his kidnap, his whereabouts has been unknown.

Family members have expressed worry over the continuous silence of both the police authorities and his party.

The politician’s mother, Dr Ada Agbasimalo, lamented that nothing has been done or heard from authorities one year after her son’s abduction.

She said the situation had become a source of worry for the family members, adding that they deserve to know the actual position of things as it were.

Eucharia Agbasimalo, the wife of the kidnapped politician, said her family has been in pains since the abduction of her husband.

“My children and I have been in traumatic pain for a year now. Whether my husband is dead or alive, no one knows and no one is telling us anything anymore.”

In a telephone interview, the Chairman of Labour Party in Anambra State, Ugochukwu Eneh, expressed sadness at the politician’s continued abduction.

“It is a very sad moment. And actually on that 18th when I remembered him, I couldn’t move. I was totally disturbed that up till now nothing has been found.”

Eneh who refused to speak further on the matter said: “Any other detail will come from the national.”

All efforts to hear from the Anambra State Police Command proved futile, as the PPRO, DSP Tochukwu Ikenga, did not pick his calls after several attempts. He also did not reply his WhatsApp message.