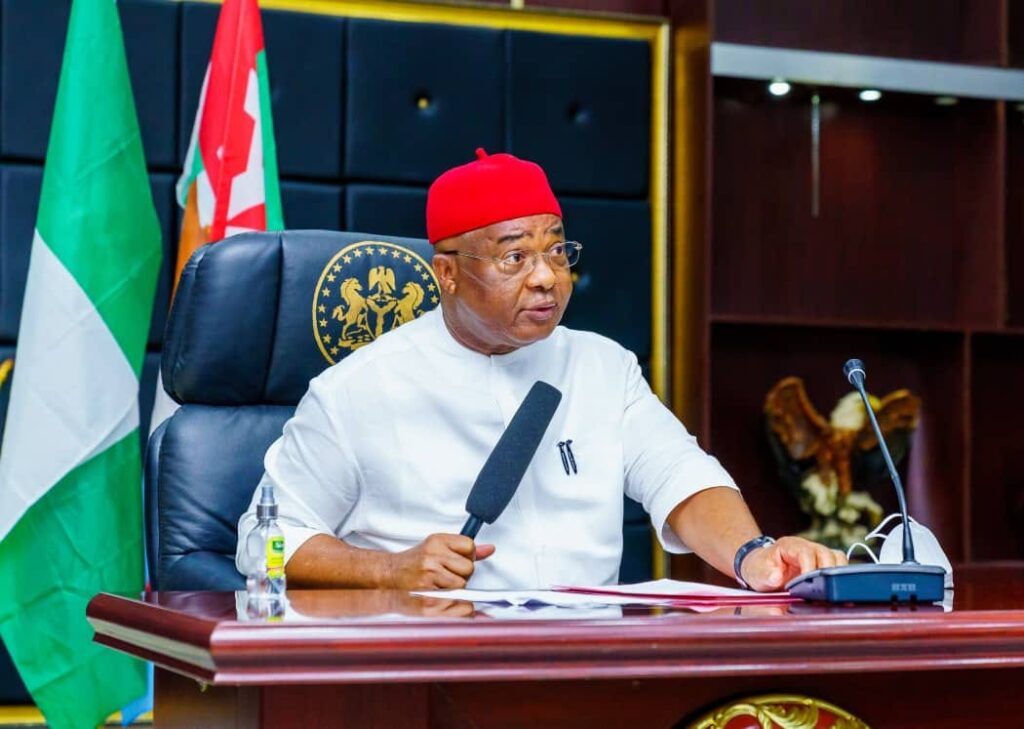 The Imo State Governor, Hope Uzodimma, has said a Major of the Nigeria Army has lost his life to illegally manufactured explosives by bandits in Awo-Idemili in Orsu Local Government Area in the state, and that two captains of the Nigeria Army are currently lying at the Intensive Care Unit, ICU, of the Federal Medical Center, Owerri.

The Governor disclosed this to newsmen at Government House in Owerri while narrating the incident of the Orsu attack that led to the burning of shops last Saturday.

He said the last Saturday incident occurred when one of the arrested bandits took the security joint force to Eke Ututu Market, in Orsu LGA, where the bandits manufacture their illegal explosives and it was uncovered that some of the shops were parked with items used to manufacture the Improvised Explosives Devices, IEDs.

“It was then that the security agents set ablaze the shops,” Uzodinma said.

The Governor also said the Major died from last month attack, while the two injured captains were attacked last Saturday at Orsu-Ihiteukwa in Orsu LGA.

“You were all witnesses to the insecurity that enveloped Imo State for a period nearing almost three years now. With the daily occurrences of insecurity and wanton destruction of lives and properties in Imo State, we even made a clarion call to communities for their support to the security agencies.

“We even went to calling on these unknown gunmen and bandits to cease fire and surrender their weapons, discuss with Government and lay down their arms so that Government can work with them in terms of rehabilitation and empowerment.

“Some of them answered the call, surrendered their weapon and still talked with the Government. We set up a rehabilitation centre where some of these people will be rehabilitated but some adamant ones continued unleashing mayhem, destroying properties,” Governor Uzodimma stated.

The Governor said that, “only last month, we lost a Major of the Nigeria Army to illegal locally-manufactured explosives at Awo-idemili in Orsu LGA.”

“Similarly, last Saturday, the Joint Security Force which arrested one of the bandits took the bandit after his confession as to where they operate from and to visit where the local explosives are manufactured.

“It turned down to be Eke Ututu Market. They saw four shops where fertilizers and other electrical gadgets are used to manufacture explosives were packed. As I speak to you the captain who led that operation is now lying critical (sic) at Intensive Care Unit, ICU, FMC Owerri, with another officer, a captain of the Nigeria Army.

“Soldiers were able to recover all these weapons and fertilizers meant to manufacture these locally made explosives and in the process, they burnt down the shops. They were tactile no innocent lives were lost; they were able to destroy these shops where they met these weapons.

“And it pleases some persons, candidates of a political party to condemn the security agencies and even blackmail them and none of them made any attempt to visit the scene,” he said.