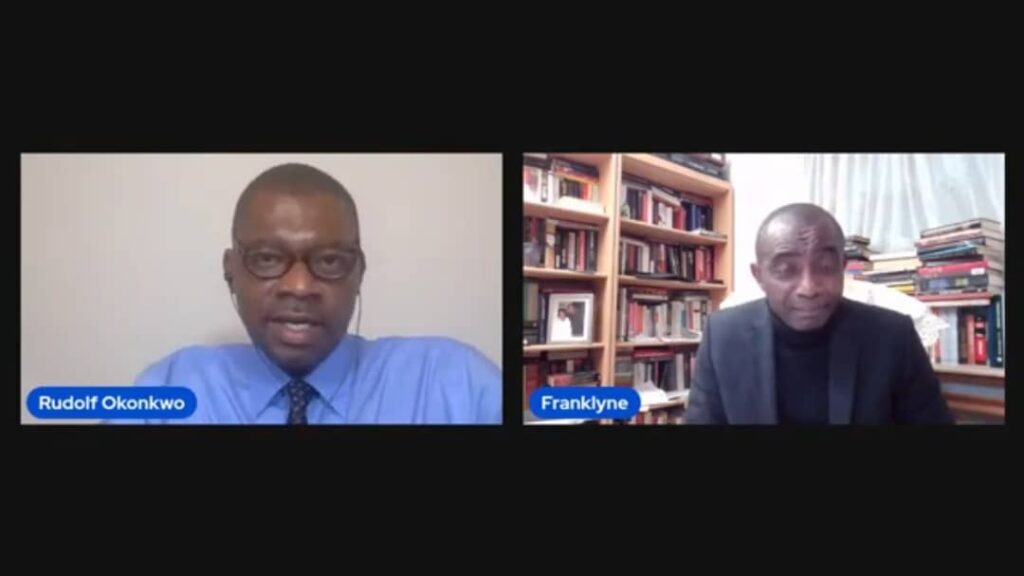 The director of Genocide Prevention in Africa at the Christian Solidarity International (CSI), Switzerland, Dr. Franklyne Ogbunwezeh, has expressed sympathy for whoever is going to win the 2023 presidential election and succeed the Muhammadu Buhari-led administration.

In an exclusive interview with 90MinutesAfrica, the scholar decried the parlous state of the Nigerian economy and warned that it may become the iceberg that would wreck the Titanic that is Nigeria in 2023.

The economy, Dr. Ogbunwezeh said, would be the major challenge facing anybody that will be sitting in Aso Rock after Buhari.

“Many Nigerians cannot feed anymore. They have turned into beggars on social media. They would write and tell you stories that would make your heart bleed, saying they don’t have food for their family. And these are factual; they are not lying to you. What is the purchasing power parity in Nigeria today? Everything has skyrocketed in price. The price of basic staples that people need for daily survival is no longer within reach of the poor,” he lamented.

The latest report from the Nigeria Bureau of Statistics showed that the nation’s inflation rate had exceeded 20%, the highest figure recorded in the last 17 years. This is mostly driven by increased prices of essential foods and energy costs which have seriously eroded the meager yet stagnant income of many Nigerians.

“Don’t forget that majority of Nigerians are living below the poverty line. And these are the people most hardly hit by this economy that has gotten out of control. So, I will just offer my condolences to anybody that is going to take over from this government,” Dr. Ogbunwezeh reiterated.

While chatting with host Rudolf Okonkwo, Dr. Ogbunwezeh warned Nigerians of the danger of genocide in the country if politicians continue to deploy divisive and hateful rhetoric in the build-up to the 2023 elections. The scholar warned that Nigeria is on the “brink of an implosion” and that politicians should make efforts to reduce the tension in the polity.

“The campaigns have not even started but just look at the rhetoric,” Ogbunwezeh said.

“People have now taken refuge in their tribal cocoons. They say, ‘it’s our turn’ or ‘if you don’t agree with our candidate, you should leave our land.’ You hear such rhetoric, and these are the rhetorics out of which the songs of genocide are composed.”

Dr. Ogbunwezeh drew attention to the ease with which the deployment of these ethnic rhetorics can lead to the kind of mutual distrust that led to the 1994 Rwandan genocide, which resulted in the death of over 800,000 people in the country. He noted that if we don’t control our rhetoric, “what happened in Rwanda may be a child’s play in comparison to what will confront Nigeria going forward” because a lot of non-state actors are already armed.

“Nigeria is on the brink of an implosion. The politicians should be advised to watch their rhetoric because it could inflame passion, and when passions are inflamed, people take leave of their senses and can slaughter their neighbours for nothing,” the scholar advised.