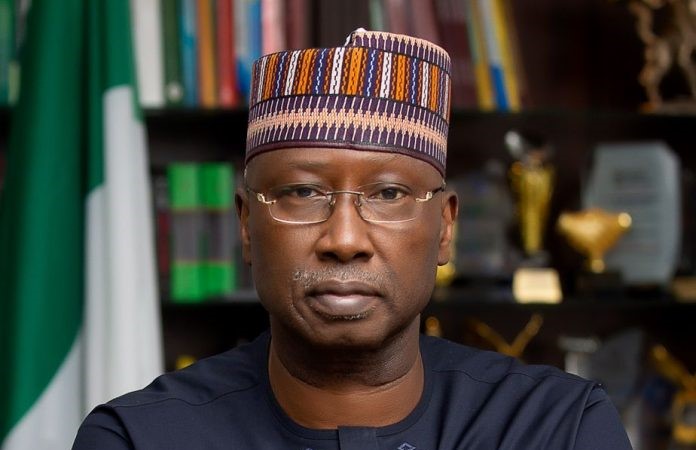 Boss Mustapha, Secretary to the Government of the Federation (SGF)

The Federal Civil Service Commission, has directed the Federal Ministry of Information and Culture, to immediately relieve 209  staff of the Ministry of their duties, citing illegal recruitment as reason for the action.

According to a letter from the Commission to the Permanent Secretary, Ministry of Information and Culture, the affected staff were recruited between 2013 and 2020.

The letter marked FC 3098/S. 203/94, and signed by the Director, Recruitment and Appointment, Ibrahim Anjugu, on behalf of the Chairman of the Commission, said that the recruitment of the affected staff was discovered to be fake after a verification exercise by the Commission.

A copy of the letter obtained by Ikengaonline read in part: “Re: Service Wide Verification Exercise conducted by the Commission for officers recruited from 2013-2020, the appointment of the following officers of your Ministry were found to be fake.”

A total of 209 various categories of staff from different parts of the country were contained in the list.

“These individuals who have been holding office illegally because their appointment letters are fake, are to be relieved of their duties, and to return any Government property/properties in their possession immediately,” the directive further read.

Although it is not yet known if the Federal Civil Service Commission had acted with regard to similar illegal recruitment which allegedly took place in the Ministry of Works and Housing under Mr Babatunde Raji Fashola, analysts believe that the action of of the Civil Service Commission to order the sack of illegally recruited officers in the Ministry of Information may vindicate a whistleblower, Richard Oghenerhoro, who exposed similar fraudulent recruitment in the Ministry.

Recall that recently, a coalition of Civil Society Organisations (CSOs) had expressed concern over the victimisation of the whistleblower, Oghenerhoro.

The CSOs called on the Minister of Works and Housing, Mr Babatunde Fashola to protect Oghenerhoro from further victimisation by some highly placed officials of the ministry.

The group had noted that Oghenerhoro had been subjected to intimidation and verbal assault by some members of staff of the ministry.

“Other than his ill-advised redeployment, the whistleblower has also been continually abused and threatened by some staff who are clearly angered by a gesture aimed at achieving good conduct,” the coalition said.