Insecurity in Anambra a war we must win – Soludo tells GOC

By EditorSeptember 30, 2022No Comments3 Mins Read 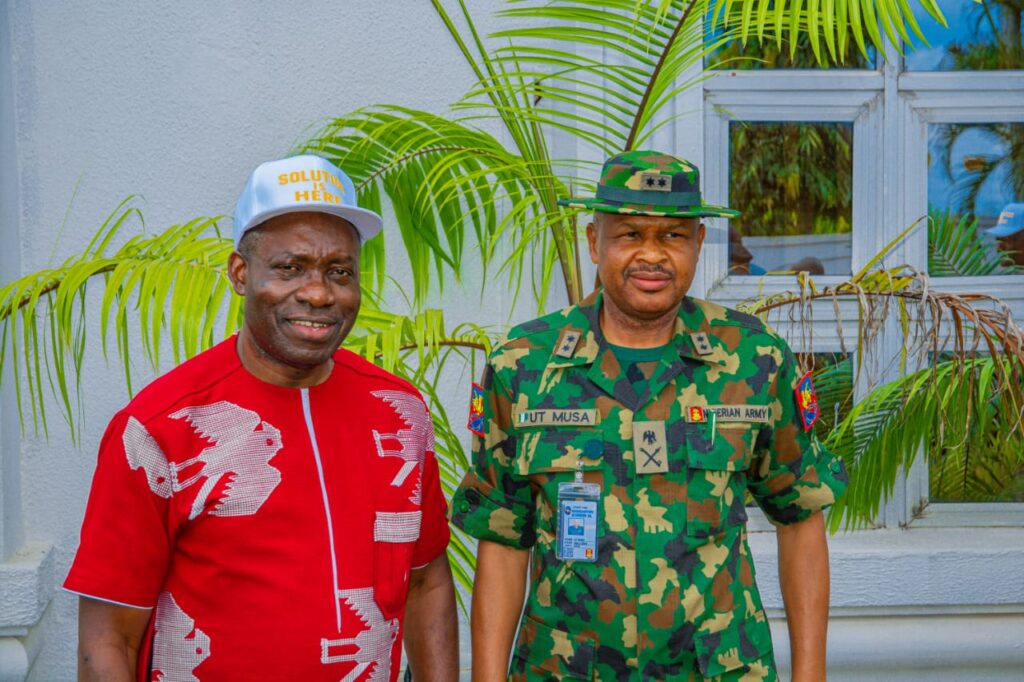 Anambra State Governor, Prof Chukwuma Soludo, has described the present security situation in the state as a near-war situation that needs enhanced security partnership to get rid of the criminals.

The Governor stated this at the Governor’s Lodge, Amawbia, when he received the new General Officer Commanding 82 Division of the Nigerian Army, Enugu, Major General U.T. Musa.

Governor Soludo also extended his condolences to the Nigerian Army on the recent attack by yet-to-be-identified gunmen resulting in the death of 3 soldiers and a civilian at Umunze.

“Anytime I hear that a law enforcement agent is killed, my heart bleeds. Unfortunately, in the homeland, there is actually an internal war ongoing, albeit a gorilla warfare. It is plain criminality and we will do anything within our powers to contain this. We’ve tried to motivate even our vigilante to join in the business of securing the homeland because security is everybody’s business.” Governor Soludo said.

The Governor further told the GOC to pay special attention on the Anambra-Imo boundary.

“If you cordon off the boundaries between Anambra and Imo in a joint operation, you squeeze and take them out.” Governor Soludo advised.

Describing the activities of the criminals, Governor Soludo said, “They are less than beasts. Someone who takes pleasure in killing somebody.”

The Governor also told the visiting GOC of his personal experience, saying he was a victim.

“I am victim. They came to where I was campaigning, they shot and killed people. I’ve seen it first hand. These are not human beings. For me, this is a war that we must win.”  Soludo added.

According to Governor Soludo, the country is “technically at war and we must fight with everything we’ve got. “

Speaking on the huge potentials in Nigeria both in human and material context,  the Governor said “the country is destined to be the biggest black power on earth and we cannot allow these few miscreants to prevail over our collective will. They are less than 0.01 per cent of the population. We shall continue to prevail.”

“Here in Anambra, I think the whole country is watching. The potentials are huge and working with you, I have no doubt in my mind that we’ve got strong partners. The security agencies we have in the state have been alive to their responsibilities.”

While stating that there is an ongoing amendment of the law to ensure that any building where methamphetamine (mkpurummiri) is produced, will be demolished, the Governor said that the infrastructure of the criminals has been largely degraded.

Earlier, Major General Musa appreciated the Governor for assisting the security agencies in the state, pointing out that the courtesy call is customary.

The GOC continued, “cases of attack, pose new challenges. I assure you of the total commitment of the Nigerian Army. We discovered that Anambra and Imo are volatile; that gives us serious concern. The issue of agitation is there, but people capitalize on it to commit crime.”

The GOC thereafter called on the people to avail the security agencies with information within their reach.

“Without security, there won’t be development. Drug is a major contributor to crime,” he concluded.