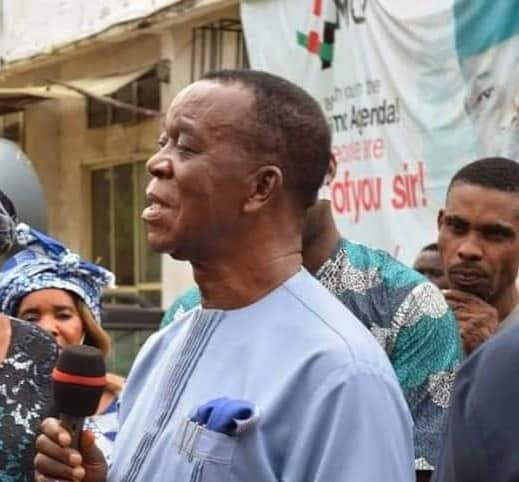 The Imo State chapter of the Peoples Democratic Party, PDP, on Saturday said the party was not happy with the  state of affairs in Imo State regarding insecurity, economy among others.

The Chairman, Charles Ugwuh, who stated this in a press conference by the PDP State Publicity Secretary, Collins Opuruzor, accused the ruling All Progressives Congress, APC, of taking the state backwards.

PDP claimed that the present government of Hope Uzodimma, had turned upside down the quality policies and programmes that the former Governor, Emeka Ihedioha, left before he was sacked by the Supreme Court in January, 2019.

He said: “The Peoples Democratic Party (PDP) in Imo State felicitates with Imo citizens on the occasion of Nigeria’s 62nd Independence anniversary. Our Party reflects on the struggles for independence in Nigeria and salutes the courage, patriotism and vision of our heroes who defied colonial oppression to midwife a free nation for us. Their consciousness for political freedom was driven by the expectation that freedom would ultimately translate into a better life for the populace.

“For Imo citizens, the most essential fruit of political independence, which is their inalienable right to decide those who should govern them, was brazenly assaulted and stripped away on January 14, 2020, through a judicial coup which toppled the popularly elected PDP administration in the state and enthroned Senator Hope Uzodinma, a man who came fourth in the 2019 governorship election.

“Imo PDP therefore regrets that the promises held by Independence have become a mirage in the state. It is deeply troubling that our dear state today occupies the top positions in all the indices of social misery.  Health prospects are getting poorer, real incomes are falling, killings and insecurity have become pervasive, unemployment has become endemic, social institutions have collapsed and there is a sapping of confidence among citizens, a nagging fear that our state is fated to doom.”

“Even in the face of all these, the inept and iron-fist regime of Senator Hope Uzodinma has embarked on a borrowing spree, which has raised the debt profile of the state to N210 billion, thereby making Imo more indebted than all the other states in the South-East put together.

“Imo PDP feels disappointed that all the sound policies and programs put in place by our party for the economic resurgence, social regeneration and holistic development of the state have been discarded by this anti-people government of Senator Uzodinma,” he said.