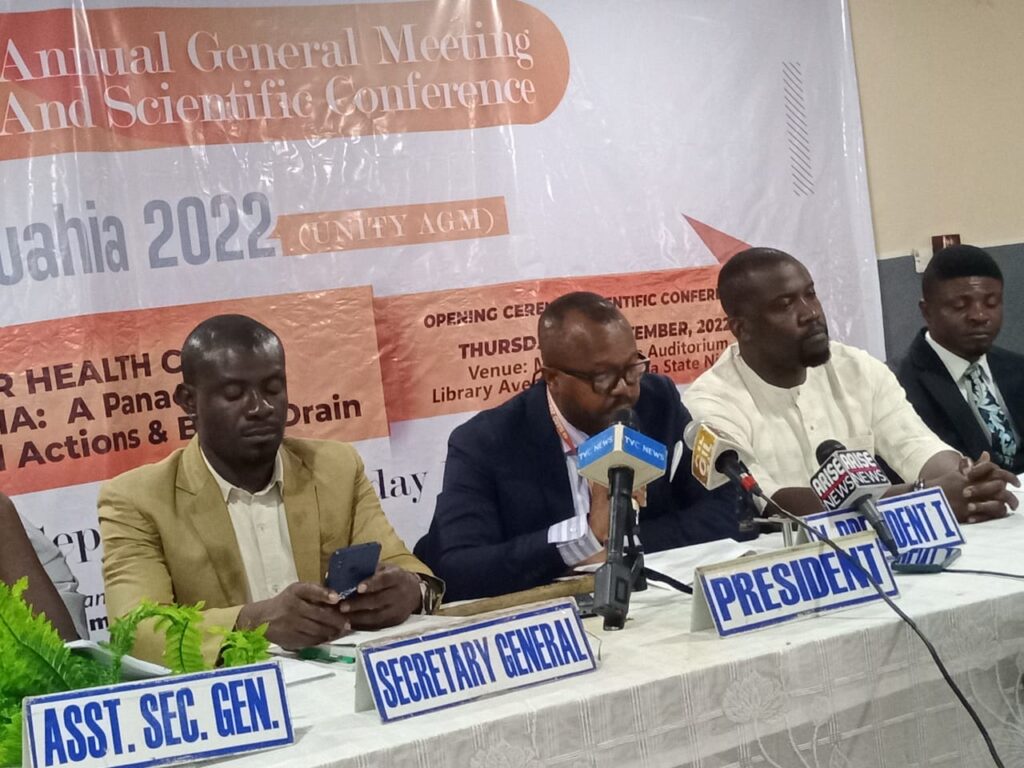 The association which also applauded the Governor for promising to pay a balance of two-month arrears every month until the entire backlog is wiped out, urged other states owing doctors to pay up.

NARD which addressed a press conference after its Annual General Meeting, held in Umuahia, Abia State, noted with concern that some states are toying with the welfare of doctors.

The newly-elected National President of NARD, Dr. Emeka Orji, urged the indebted states to defray their arrears without any further delays.

“The AGM calls on the Federal Government, the Nigerian Governors’ Forum, Stakeholders, and well-meaning Nigerians to prevail on the Governors of Ekiti (3 months), Imo (10 months), and Ondo (5 months) states to urgently pay arrears of salaries and allowances owed our members in their states.”

NARD called for the immediate review of the Consolidated Medical Salary Structure (CONMESS) in view of the current economic realities in the country.

The doctors also called  for 15% increased budgetary allocation funding of the healthcare sector in the country  in line with the 2001 Abuja Declaration for healthcare financing in Africa, and global best practices.

Reading a communique, Dr  Orji, regretted that the failure of Government to adequately fund the health sector was the reason for the increasing brain drain plaguing the critical sector.

According to the NARD boss, an average of one medical doctor or health personnel leaves Nigeria every week in search of greener pasture abroad where the pay is much more attractive.

He warned that if no urgent steps were taken to stop and reverse the ugly trend, Nigeria might lose her entire medical manpower in the coming years.

NARD further appreciated the Federal Government for the payment of the 2022 Medical Residency Training Fund (MRTF), although it was “made at the old rate.”

It, therefore, urged the National Assembly to ensure its passage into the 2023 Appropriation Act to enable seamless payment of the arrears of 2022 and 2023 MRTF at the new rate.