By EditorOctober 3, 2022No Comments3 Mins Read 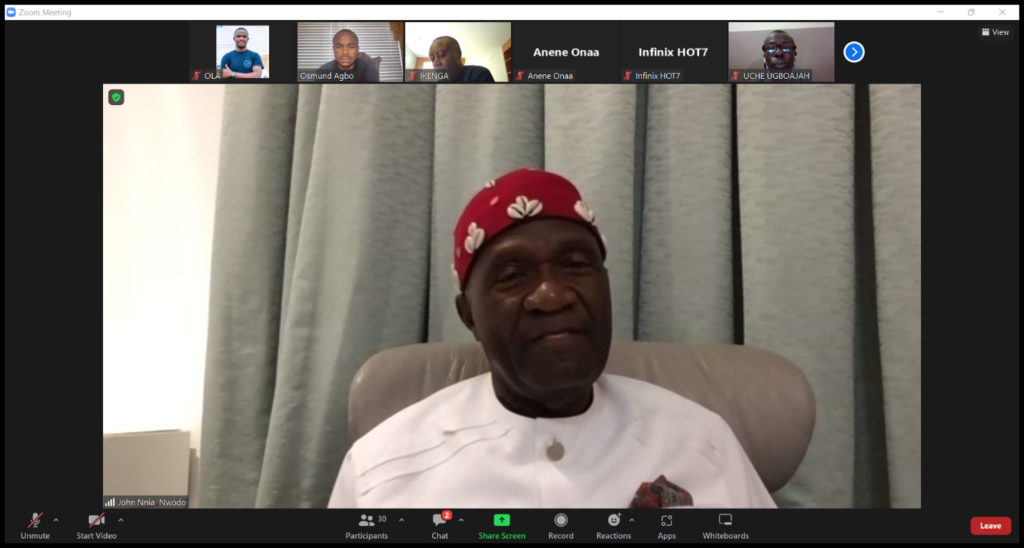 The immediate-past President General of Ohanaeze Ndigbo Worldwide, and former Minister for Information, Chief Nnia Nwodo, has registered his displeasure with the double standard of the Nigerian state in dealing with the rising agitation in the country as well as the festering insecurity.

Chief Nwodo who spoke at the Ikengaonline monthly Town Hall meeting, described Nigeria as a country where freedom fighters are labeled terrorists while the real terrorists are shielded from prosecution.

The former Information Minister decried the continued deliberate exclusion of Ndigbo in the scheme of things, blaming the ugly development for the growing agitation for self determination among Igbo youths.

“As Igbo fathers who think that a united and just Nigeria will serve all of us well we are denied fair access to political power.

“Even now a new phenomenon of reversing certificates of occupancy of some Igbos in certain parts of Nigeria is rearing its ugly head.”

He accused  the two major political parties in the country of a deliberate plan to deny Ndigbo their presidential tickets.

“Igbos watched with grief and desolation as Igbo candidates in PDP and APC were disgraced out of their presidential conventions. The point must be made loud and clear that no attempt should be made to force Igbos out of political reckoning in Nigeria.

“We are as qualified as any other Nigerian to be President of Nigeria. We have shown by our relationship with other Nigerians, our feel-at-home attitude in any part of Nigeria and our warm welcome to other Nigerians in Igboland that we mean no harm to our fellow countrymen. History and opportunity beckon on Nigeria to reciprocate this Igbo attitude of love and unity.”

The former Information Minister who spoke on the theme, “The Igbo Nation and the Ruderlessness of Our Ship: The Big Elephant in the Room,” urged Ndigbo to be united so as to be able to recover their lost position in the country.

“In the past we have allowed the difference in our approaches to a better life for our people to precipitate internal discussions and sometimes violence.

“When we violently attack one another over differences of opinion, insult our elders without restraint, kidnap, rape and maim each other to vent our anger and disillusion, we inadvertently portray ourselves as incapable of leadership.

“Because of the hype in our disagreements, no one takes notice of the fact that the ones who preside over our national patrimony encourage arson, murder, rape, kidnapping and all forms of violence while presiding over government with the worst record of economic failure, educational retardation, corruption and insecurity.”