Imo residents angry over the poor state of MCC/Uratta road

By EditorOctober 4, 2022No Comments2 Mins Read 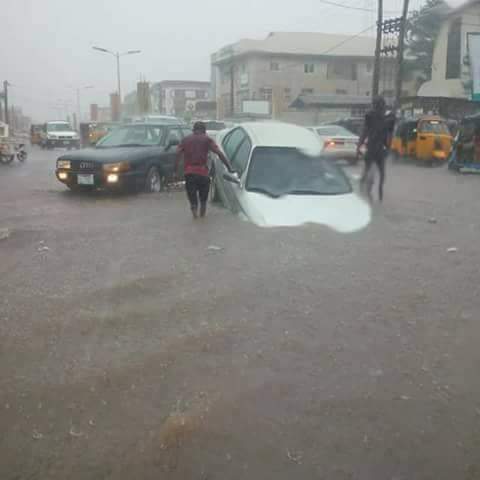 MCC/Uratta Road in Owerri when it rains

Angry residents have continued to appeal to the Imo State Government to quickly come to their rescue and address the level of flooding and damage of the bad MCC/Uratta Road, in Owerri, Imo State.

Ikengaonline yesterday captured the lamentations of the road users within the area.

In 2019, the former Governor, Emeka Ihedioha, reportedly listed the MCC/Uratta road among others to be repaired/rehabilitated. But before he was sacked by the Supreme Court, there was no significant work done on the road.

Again In 2021, under the present administration of Hope Uzodimma, the road was under construction. The government said it was reconstructing the road from the MCC end of the road connecting Wethedral road stretching through the Toronto Junction.

However, residents who spoke to Ikengaonline said they are now worried because of what they described as “unseriousness and delays by the construction company.”

“The situation looks as if the road has been abandoned by the construction company. The major parts of the road have turned into a death trap and vehicles are swallowed by the flood anytime it rains. We suffer whenever it rains because there is no road to drive through to our destinations,” a resident, Mrs Ijeoma Ohanwe said.

Also, a motorist, Fabian Ibeh, appealed to the state government, “To quickly intervene and hasten the construction of the road to end the hardship faced by residents living in the area especially against the continued flooding of the area.”

“We are suffering. The government should come to our rescue. Our vehicles are breaking down everyday and we are spending our hard-earned resources on avoidable situations,” another road user, who introduced himself simply as Chike, concluded. 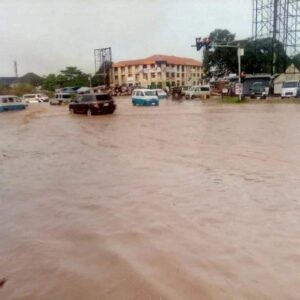 Ikengaonline observed that mostly during the night hours passersby, motorists, especially private car owners, usually fall into the ditches and potholes dotted on the sides, and centre of the Chukwuma Nwaoha roundabout of the road. The residents feared that should this continue the pains would increase.