By EditorOctober 4, 2022No Comments5 Mins Read 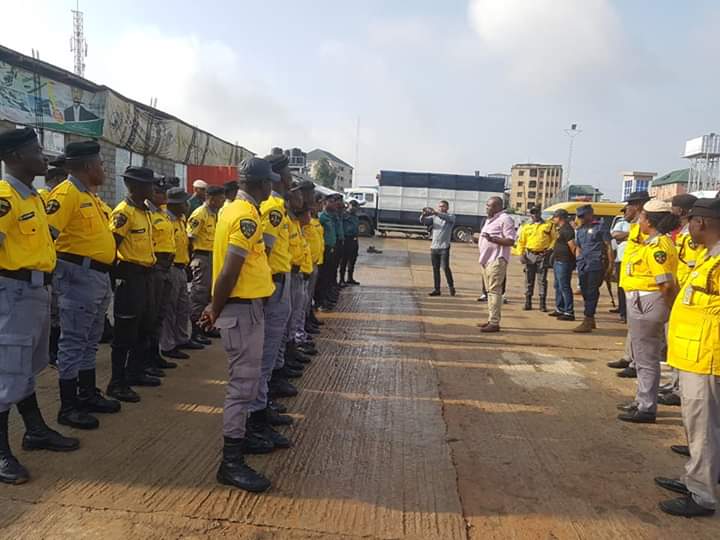 Agu, in a suit No: A/324/2022 dated 30th September 2022, filed by his lawyer, S. T. Omeh, alleged that some ATMA officials impounded his  Toyota Camry Car with Registration Number: AAA337CA, on Saturday September 17th, 2022 while he was driving out of a petrol station at Aroma junction, accusing him of committing “route violation” and “route obstruction” offences.

The plaintiff sought answers to seven questions, including what he termed the legal effect of the construction, interpretation and application of the provisions of Section 1(1)(3), 6(6), 36(1) (2) (a) & (b), (3) (4) of the Constitution of the Federal Republic of Nigeria 1999 (as amended), Sections 10 and 11 of the Anambra State Traffic Management Agency Law, 2011 (as amended) or other regulations the defendants relied on to impound his vehicle and imposed a fine of N50,000 on him without a trial.

The plaintiff, who backed his originating summon with exhibits such as pictures of payments he made and undertaken he signed after paying the fines before his car was released to him, added the names of some colleagues that witnessed the incident, even as he lamented that the act forced him and his colleague not to attend a meeting they previously scheduled with a client.

He sought 13 reliefs from the court, which include a declaration that the provisions of Sections  1(1) (3), 6(6), 36(1) (2) (a) & (b), (3) (4) of the Constitution of  the Federal  Republic of  Nigeria, 1999 (as amended), Sections 10 and 11 of the Anambra State Traffic Management Agency Law 2011 (as amended), did not allow the defendants to impose any fine on the plaintiff as punishment or penalty for alleged traffic offences without affording him a fair hearing before a court or tribunal of competent jurisdiction.

Others were a declaration that no regulation or law empowered defendants to legally try, convict, sentence and impose any fine or penalty on the plaintiff for alleged traffic offences; and a declaration that no law empowered the defendants to designate any expressway, road, street and  lanes in the State as “One way” and “thereby create a fictitious offence called “One way  driving” or ‘route violation’ or “road obstruction.”

On what transpired, he recalled that  “on Saturday, the 19th day of September, 2022 at about 3:pm, I drove my car aforesaid to the Aroma junction area of Awka metropolis in company of one of my colleague, I.E. Monanu Esq. en route Ifite Awka for a meeting with some of our clients most of who came in from outside the State.

“On getting to Aroma roundabout by Ifite Road, I drove into Femas Filling Station along Ifite Road by Aroma junction to buy petrol for my car. After buying the petrol and while driving out of the filing station in order to proceed on our journey to Ifite Awka for the meeting as stated above, the staff of the 1st defendant numbering about five and being led by the 3rd defendant, swooped on me and commanded me to stop with a threat to place an iron fitted with nails under my car tyres.

“As soon as I stepped down from the car, the 3rd defendant directed me to hand over the car keys to him which I did.

“After handing the keys of my car to the 3rd defendant in obedience to his command, I inquired from the 3rd defendant what I did to warrant them to stop me and take my car key from me.  The 3rd defendant unguardedly and unabashly told me that I have committed a traffic offence of “driving one way.”

“That I immediately explained to the officers of the 1st defendant led by the 3rd defendant that I only bought petrol from Femas Filling Station and wanted to continue my journey to Ifite Awka on the route leading from Aroma junction to Ifite Awka. The officers of the 1st defendant led by the 3rd defendant told me that I am guilty of a traffic offence of driving one way and that if I don’t want my vehicle to be towed to their office and pay heavy fine or penalty I should give them the sum of N30,000 only on the spot so that they will release my car to me and that if I fail to give them the money, they will tow my car to their office and impound it until I pay the fine or penalty for driving one way and fine for towing the vehicle to their office.”