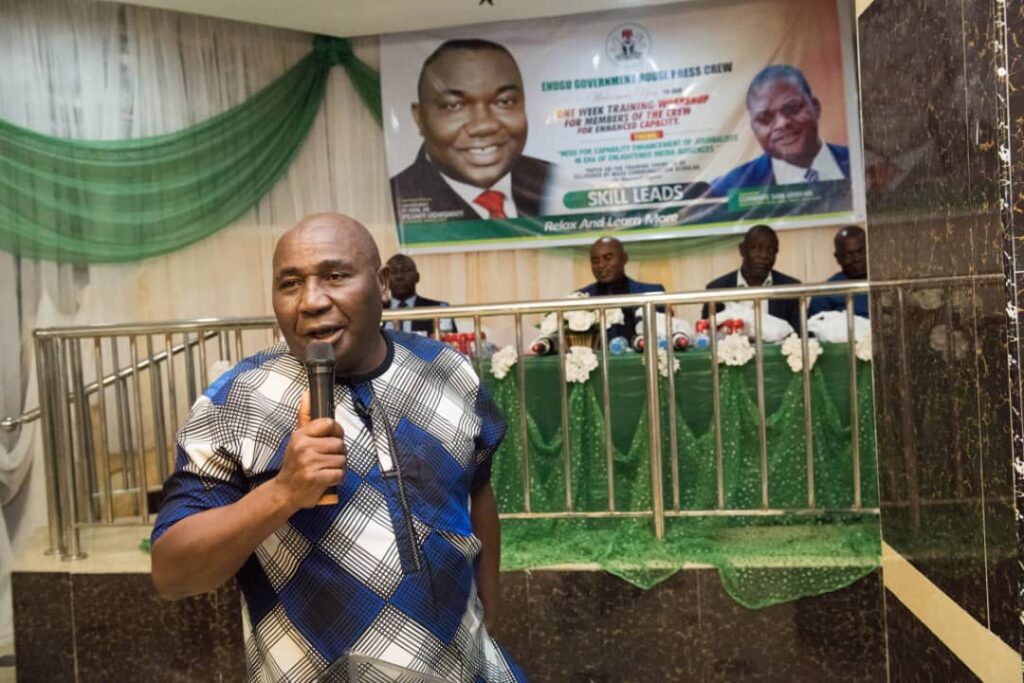 There is no disputing the fact that we now live in an era of enlightened media audiences. The seeming heightened level of knowledge or enlightenment of media audiences is a consequence of their access and exposure to the mass media and the accompanying technological innovations. Technological developments have increased our range of choices-from the number of broadcast or cable channels we can select to the publications we can read that cater specifically to our individual interests and needs (Alexander & Hanson 1997: 1). From the expert opinion offered by these scholars, it is obvious that media consumers have truly become increasingly sophisticated in terms of their level of knowledge, tastes, choice of media selection, preferences of media diet, content presentation, etc.  Traditionally, the average citizen believes with every confidence that whatever is said or announced on radio and seen on television concerning news and programming is the truth and nothing but the truth (Orji, 2014: 232). It is, perhaps, in line with this seeming overwhelming confidence and support which the media enjoys from society that journalists and broadcasters require trainings that would help them to sustain it.  Our people usually say that “knowledge is power.” No one can give what he or she does not have and that we can’t make omelets without breaking eggs. In other words, if one is not informed, he/she cannot inform, entertain, persuade or enlighten others. To further elucidate on the need for training and Knowledge acquisition, (Kelly, 1995: 12) bluntly avers that:

Whether knowledge concerns esoteric or   arcane wisdom, folk tales, myths, and medicines, practical or highly refined technologies or merely the hottest new gossip, history and common sense provide infinite examples of how people “in the know” can command powers the ignorant cannot.

It is in the light of this bitter truth that this capacity-enhancing workshop meant to assist both old crew members and new entrants to discharge their expected functions effectively is a welcome development.

What this entails is the imperative need for journalists and broadcasters alike to continuously read, learn, engage and effectively practice their vocation to achieve desired results in serving society better.

THE RATIONALE FOR ORGANISING TRAININGS FOR JOURNALISTS.

Capacity enhancement trainings for journalists is an indispensable necessity for developing countries such as Nigeria and other country in the third world, Asia and Latin America. This does not in any way mean that journalists from advanced societies do not require capacity-building and enhancement trainings. On the contrary, they do, because the need for a better work force has increased significantly globally. Validating above view, (Bates, 1999: 188) affirmed that:

“investing in quality workers is becoming particularly crucial because of the changing nature of work. Continuing, he said that fewer and fewer jobs can be done by people with no special training or skill.”

The type of training we are having in today’s Information Communication and Technology (ICTs) driven world is essential and capable of increasing the knowledge, skill, and competence that goes into the day-to-day journalism work of reporting, writing, editing, and covering news events. Amongst a variety of other benefits that would come from this workshop cum training exercise is the perception of crew members that the government values and appreciates the job they do and are willing to provide a transformative and empowering platform for them to not only comprehend their roles as journalists but increase their ability to serve the public better.  Journalists are a special group of people-professionals engaged in the business of gathering information, processing such information, and publishing or disseminating such information for societal use and benefit. Journalists are public intellectuals, they are men and women of discernment and refinement who influence public affairs as well as public opinion. They are also seen as very powerful men and women who have the ears of those in government. Without journalists and the obligatory functions they perform, it would be difficult for the citizens to understand what those occupying positions of power are doing. According to Edogor & Okunna, 2020: 109) Journalists play significant roles in moulding and shaping the views of the populace through their reportage on matters crucial to the interest of the society. In their opinion, journalists can do these through the agenda-setting, status conferred and framing functions of the mass media. The above view on the seeming impacts or effects of journalistic performance on creating better societies is in consonance with the thinking and description of former US President John F. Kennedy when he said:

“The flow of ideas, the capacity to make informed choices, the ability to criticize, all of the assumptions on which political democracy rests, depend largely on communications.’’

An effective and efficient Government House Press Crew is usually made up of very special, skilled, and experienced crop of journalists (reporters, editors, television cameramen, still photographers, and film editors) drawn from different media organizations and sent as correspondents to cover and report stories on the Governor of Enugu State. A key function of the press crew is to continuously explain in clear terms how government programmes and policies would impact the lives of the led. This is by no means an easy assignment. The existence of the Press Crew is in keeping with the need for a virile press.

As early as 1882, James Madison, the fourth President of the United States of America, recognized the need for a virile press when he proclaimed that “A popular government without popular information or the means of acquiring it is but a farce or a tragedy, or perhaps both.” The above quotation underscores the importance of the job of Government House Correspondents (Press Crew) not just in covering the activities of the Governor of Enugu State in terms of visits to him and his other engagements but in terms of explaining his planned programmes of action, policy direction, implementation, and execution. The Press Crew is pivotal to the comprehensive operations or procedure of communicating with the entire people of Enugu State. The crew through it’s coverages shape citizens understanding, impressions and appreciation of the work being done by the executive arm of government. Sheila Tete, who was press secretary to a former U.S First Lady Nancy Regan in the early 80s and to Vice President George Bush in his successful 1988 presidential campaign seem to be ice of the crew when she affirmed that “The government press is the conduit through which the press gets  information on the workings of government.”

THE CONCEPT OF MEDIA AUDIENCES

This is a term used to describe newspaper readers, radio listeners and television viewers as well as social media users. They are the most important people when it comes to the consideration of what is to be published in newspapers and magazines, or transmitted in the broadcast media. These people are active media users who devote their precious time to listening to the radio, surfing the web, reading newspapers, magazines, and books and also watching the television. Media outfits target different kinds of audiences by looking at their demographic and psychographic characteristics.  The demographics of an audience include age, sex, income, family size, occupation, religion and tribe or ethnicity. The psychographics has to do with attitudes, beliefs, values, interests, and motivations of the target audience.  According to (Rodman, 2006:419), Measurements of the psychographical characteristics of the audience are sometimes hidden and often difficult to observe and label. It is worth noting that the psychographics of an audience can be gleaned from their values and lifestyles.

WORKING WITH THE CHIEF PRESS SECRETARY

The Chief Press Secretary is the spokesperson of the government. He is saddled with the onerous responsibility of ensuring that the information emanating from the government and the Governor, in particular, is conveyed to the public. He or she plays a dual role. In this context, the spokesperson is seen as an advocate when dealing with the media as well as a mouthpiece when relaying the needs of journalists to the Governor. This means that a reasonable degree there is a symbiotic relationship in the nature of the job the Press Secretary does and the one done by reporters covering the government house news beat. He is expected to explain what the agenda of government is to reporters those working as members of the Press Crew therefore must demonstrate on a daily basis what I call ‘professional credibility.’ It is this virtue that earns them the support and love of the Governor, top government appointees, spokesperson, as well as the generality of members of the society.

We have tried in this discourse to demonstrate that the training and retraining of journalists particularly those in the Government House Press Crew is extremely important in increasing their capacity to uphold high professional standards and better exercise their obligatory responsibilities. It is a way of showing that the government is committed to doing the right thing. Given the growing importance of training in today’s complex world, it should not be done as a one-off exercise rather it should be made a periodic activity or goal. It is strongly believed that training such as the current one would ensure that the cherished journalistic ideals of ensuring accuracy, objectivity, and professional ethics of practice will be imbibed by participants. Above all, when journalists perform to public expectations in terms of properly performing their informing function, it will likely restore public confidence in what the government is doing to improve the quality of life.