By EditorOctober 6, 2022No Comments4 Mins Read 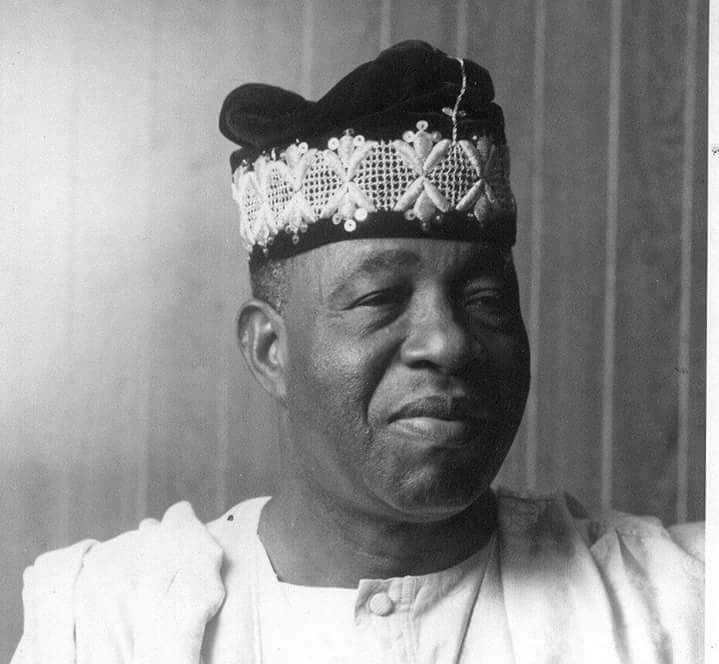 They no longer make politicians like Kingsley Ozumba Mbadiwe, otherwise known as KO, the man of timber and calibre.

The bombastic man from Arondizuogu in present-day Imo State had more poetic license oozing out of his political agbada than all the poets of the world writing in English language.

On a fine morning, after greeting KO, you are likely to get this reply: “Let all cementers cement all cementables!”

When one poor journalist hailed KO by way of his favourite mantra as “a man of timber and calibre,” the irrepressible politician announced that he had grown past timber and calibre into a “political juggernaut.”

It was with the inspiration of Dr Nnamdi Azikiwe that KO became one of the seven young Eastern Nigerian men with intellectual promise who set sail to the United States on December 31, 1938 in the celebrated search for the Golden Fleece.

It’s remarkable that KO would later always had running battles with his mentor, Zik of Africa, like in 1958 when he aligned with Chief Kola Balogun to unsuccessfully try to expel Zik from his party, the National Council of Nigeria and the Cameroons (NCNC).

KO would challenge Zik thusly: “If you ‘iwe’, I am ‘iwe’ too”, using the last three words of Azikiwe and Mbadiwe, meaning “annoyance”, for his onslaught.

Trust the politically crafty Zik to always put his opponents in a bad spot, such that KO’s work was dismissed as “non-paying employment” as per the Igbo phrase “Olu Mbadiwe, olu akwu-ugwo!”

This alleged reputation of Mbadiwe was even taken up to the Second Republic when Zik led the Nigerian Peoples Party (NPP) while KO was a member of the National Party of Nigeria (NPN), and the Oriental Brothers musicians sang via one of their hit songs: “Onye abakwana otu Mbadiwe”, which translates to: “Let nobody enter Mbadiwe’s party!”

KO contested the Senatorial seat but lost to his NPP opponent, and Zik promptly sent an “Obituary” to Mbadiwe which was published across the Nigerian newspapers of the time.

In his response to Zik, KO stated that instead of replying an obituary with another obituary he would rather want Zik to help restore the “Igbo race from psychological defeatism to political resurgimento.”

When Zik eventually led his NPP to forge an alliance with the NPN after the presidential election, KO was exultant with a new phraseology: “Accord Concordia!”

From the very beginning, KO conducted all his affairs in the superlative, which made the humble Prime Minister Abubakar Tafawa Balewa who came to commission KO’s newly built mansion in Arondizuogu to stress that it would have been a heavenly resting place except that this world’s not our home.

As a student of Columbia and New York universities in America, KO reportedly established the African Students Association (ASA) which gained the attention of First Lady Eleanor Roosevelt and thus led to KO’s invitation to the White House.

A colourful politician like no other, KO once organised a troupe of Nigerian dancers, Atilogwu, to an overseas tour tagged “Operation Fantastic” during the maiden flight of Nigeria Airways from Lagos to New York, but some political opponents accused the man of turning it all into a business deal to earn some foreign quid and showcase his onomatopoeic title: Agadagbachiriuzo!

His 306-page memoir, Rebirth of a Nation: Autobiography, was published by Fourth Dimension, Enugu, in 1991.

According to Dim Chukwuemeka Odumegwu-Ojukwu, “KO was grand, his actions grandiose, and his speeches grandiloquent.”

KO was reputed to have initiated the need for bondage between the Igbo and the Yoruba with the coinage of the phrase “a handshake across the Niger.”

In the drive for the zoning of political offices in Nigeria to aid inclusivity, KO iterated the critical need of “zoning to unzone.”

KO was indeed a larger-than-life-and-death character, and he took on all-comers with this declaration: “When the come comes to become, we shall come out.”

It’s fitting that President Shehu Shagari as Nigeria’s Second Republic President found the most fitting post for KO who proudly responded in service to country: “KO is OK with Ambassador Plenipotentiary & Extraordinary!”