By EditorOctober 7, 2022No Comments3 Mins Read 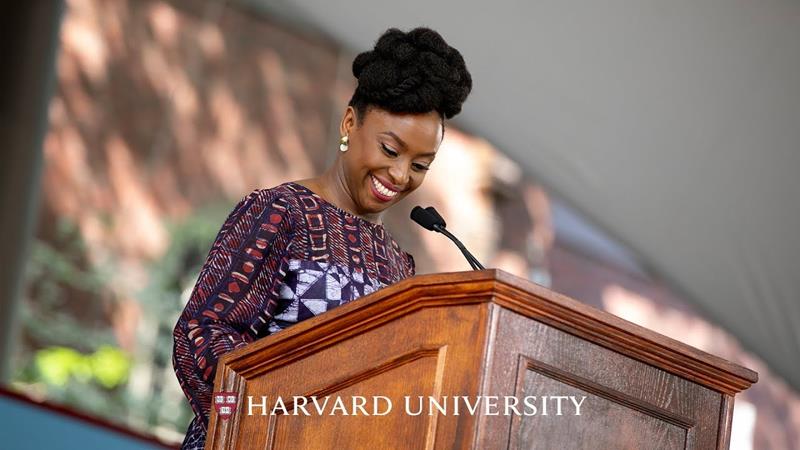 She received the medal at a ceremony on Thursday.

The W. E. B. Du Bois Medal is Harvard’s highest honour in the field of African and African American studies.

The award is given to individuals in the United States and across the globe in recognition of their contributions to African and African American culture and the life of the mind.

Director of the Hutchins Center, Professor Henry Louis Gates Jr., in an official statement, had said that the 2022 honourees represent “unyielding commitment to pushing the boundaries of representation and creating opportunities for advancement and participation for people who have been too often shut out from the great promise of our times.”

Dubois was the first African-American to earn a Harvard Ph.D. in 1895. Past recipients of the medal have included scholars, artists, writers, journalists, philanthropists, and public servants.

Meanwhile, former Senate President, Dr Bukola Saraki had congratulated Adichie when she was named to receive  the award.

Using his Twitter handle, the former Governor of Kwara State wrote: Nigerians have every reason to be inspired by Chimamanda Adichie (@ChimamandaReal) who will be receiving Harvard University’s Iconic W.E.B Du Bois Medal award on October 6th.

I cannot overemphasize how proud the entire nation is of all her achievements thus far, even as she continues to make history with her literary prowess and her unwavering spirit. Congratulations @ChimamandaReal!, he tweeted.

She has also in her collection short stories which include, The Thing Around Your Neck (2009), and the book-length essay, We Should All Be Feminists (2014). Her most recent books are Dear Ijeawele, or A Feminist Manifesto in Fifteen Suggestions (2017), Zikora (2020) and Notes on Grief (2021).

She was the recipient of the PEN Pinter Prize in 2018.

Chimamanda Adichie, a proud Igbo daughter from Anambra State, was born in Enugu, South-East of Nigeria as the fifth of six children. She was raised in the university town of Nsukka in Enugu State.