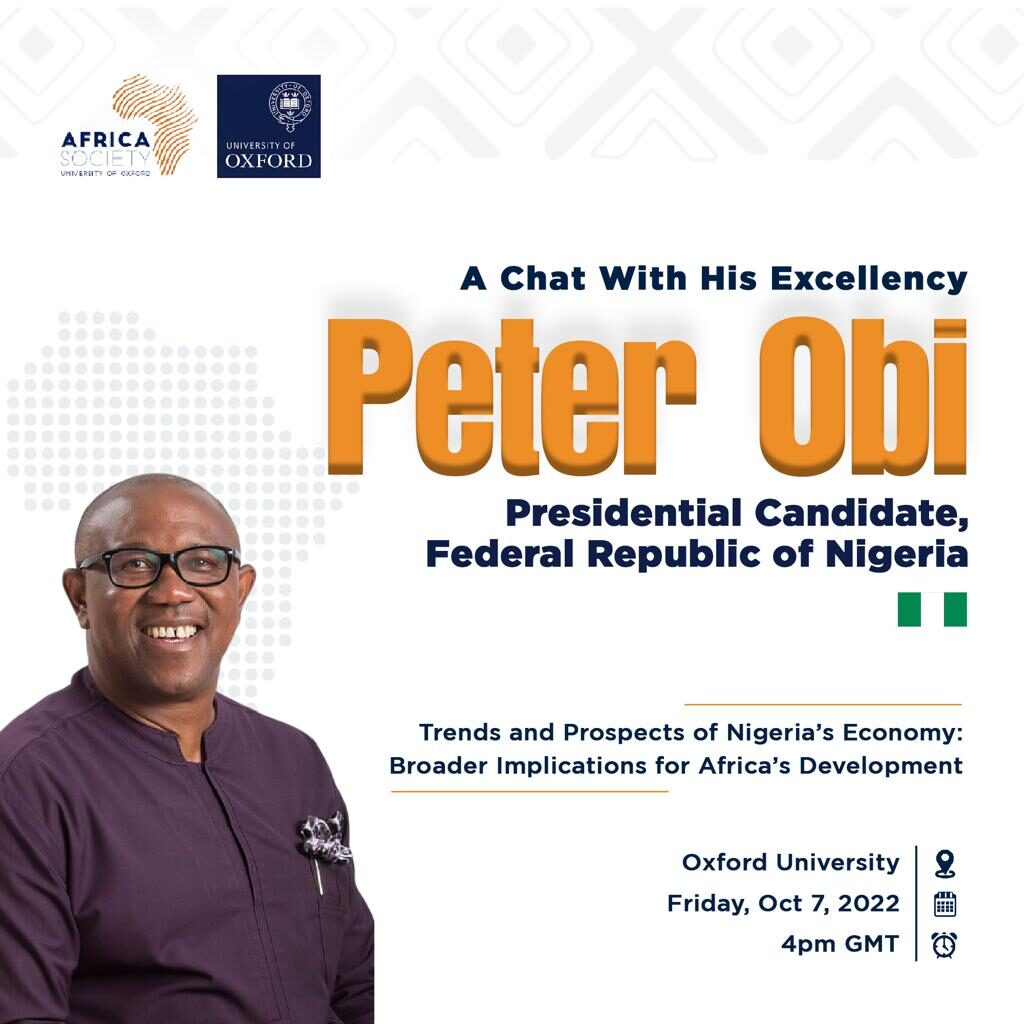 The presidential candidate of the Labour Party, Mr Peter Obi, has unveiled an online platform for donations by his supporters to fund his campaigns.

Obi who disclosed this via his Twitter handle, invited members of the ‘Obidient Movement’ to make their freewill donations via the platform.

“I invite every member of the OBIdient Family, and every supporter of our march to a new Nigeria to visit the official campaign website for the Obi-Datti Campaign organisation. You can use that medium to support and donate in cash & kind to the campaign – PO,” he tweeted.

The presidential hopeful, further hinted that he would be a guest at Oxford University later in the day where he would be speaking on the Nigeria economy.

“Later today, I’ll be speaking at Oxford University on “Trends and Prospects of Nigeria’s Economy: Broader Implications for Africa’s Development,” he tweeted.