By EditorOctober 8, 2022No Comments2 Mins Read 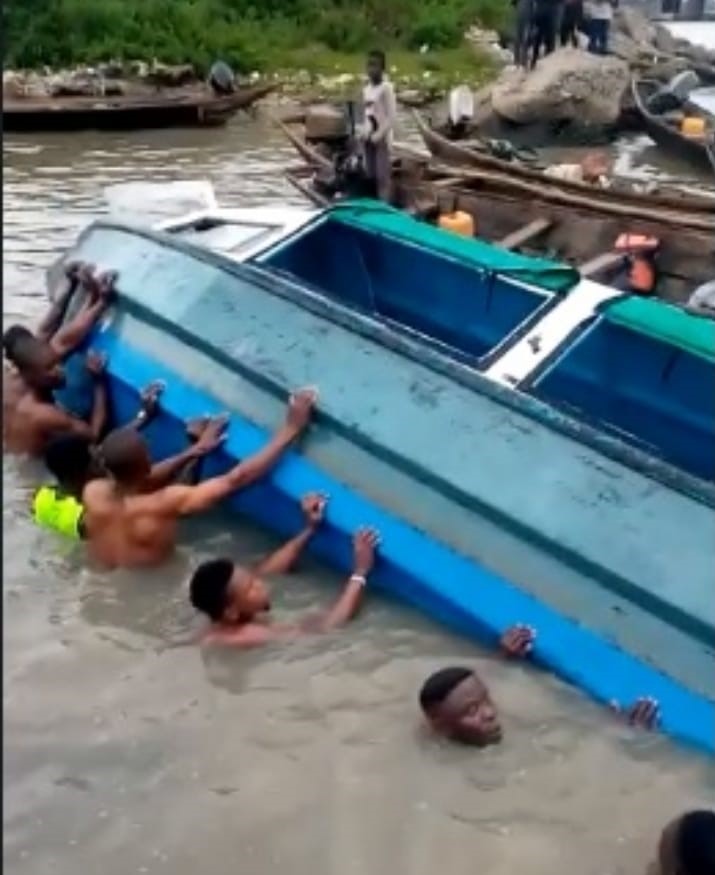 About 76 persons are reportedly missing in a boat mishap that occurred in Ogbaru Local Government Area of Anambra State.

Ikengaonline gathered that the tragedy took place at the weekend in Umunnankwo community of the area.

Sources said the ill-fated boat, which had about 85 persons on board, took off from Onukwu Bridge and was heading to Nkwo market, Ogbakuba before it capsized.

Another source in SEMA who spoke in the condition of anonymity said the engine boat which had about 85 passengers on board from Onukwu bridge Ossomala enroute to Nkwo Ogbakuba market capsized in the early hours of Saturday.

According to him, “Only 9 passengers were rescued, the rest are yet to be seen.”

The SEMA source added, “I wasn’t there when the boat loaded but the information we got unofficially is that it loaded 85 persons.”

Speaking with journalists on Saturday, a former House of Representatives member, Hon. Victor Afam Ogene, expressed shock and deep sorrow over the development which he said claimed the lives of several people.

Ogene, who is the Labour Party 2023 House of Representatives candidate for Ogbaru Federal Constituency, said Ogbaru was devastated and in shock over the horrendous boat accident that took the precious lives of some of its sons and daughters.

He said, “This sad news of this terrible accident is numbing and painful to me as a person and must be very devastating, especially to the immediate families of the victims. This is a collective loss for Ogbaru as a whole and we are united in sorrow.

“My condolences go to the affected families and also Ogbaru people and communities, who have in recent times found themselves in the jaws of severe flood disaster that has practically submerged all our communities and displaced thousands of people.”