By EditorOctober 14, 2022No Comments3 Mins Read 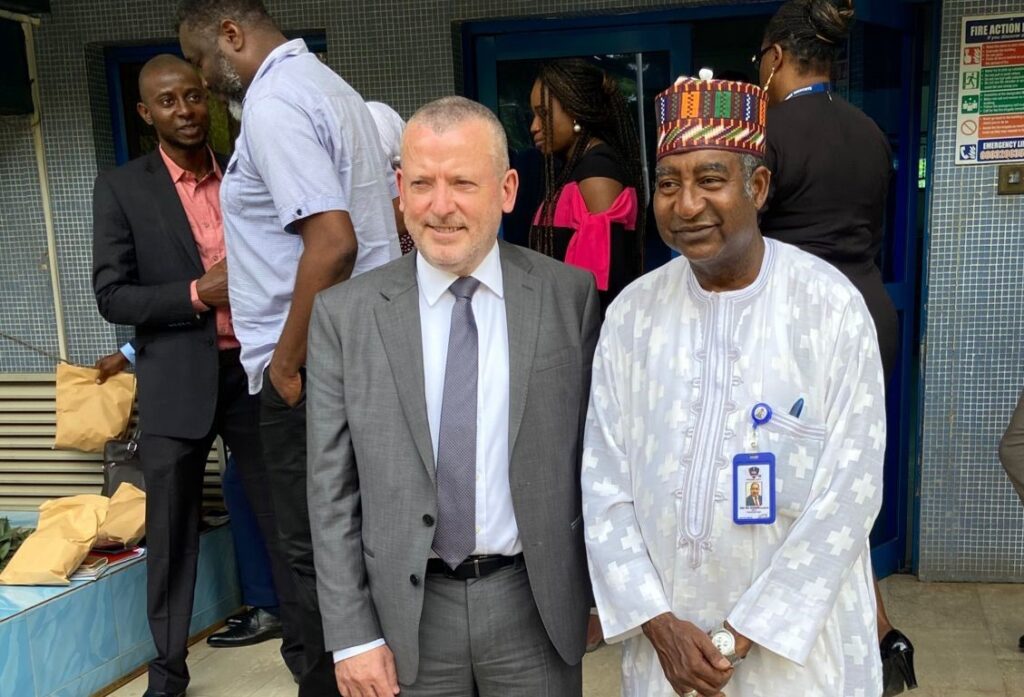 The International Certification for Digital Literacy (ICDL), says it is ready to partner with Digital Bridge Institute, (DBI) on Digital skills certification programmes.

This was disclosed in statement by Mr Akin Ogunlade, Head Public Affairs Unit of Digital Bridge Institute Thursday in Abuja.

According to the statement, the Chief Executive Officer of ICDL, Mr Damien O’Sullivan said this at a meeting between the two giant training organizations held at DBI headquarters, Abuja.

He said that the organization was a global Digital Certification Scheme based in Dublin, Ireland.

He described ICDL as a world-leading computer skills certification programme which has trained over 14 million people in over 100 countries.

“The ICDL has significantly contributed to the growth of different countries and organizations across the world,” he said.

Sullivan cited Rwanda as an example of the country where digital skills have played a significant role in improving the efficiency and productivity of their employees through task simplification and reduction of manual labour.

“ICDL has widened the reach and client base of many African countries by equipping them with the requisite digital communication skills to engage with a fast-paced, innovative global market,” he said.

Speaking, the chairman of E-Tech, A.U. Mustapha (SAN), appreciated the DBI president for honouring their visit.

He said that E-Tech had benefited from DBI in the past, and said he would be pleased if DBI can collaborate with ICDL and establish foreign training on digital literacy for ICDL on terms with the state government.

The President/CEO, of DBI,  Prof. Mohammed Ajiya, welcomed the ICDL delegates and gave a brief background of the institute’s products and services and previous partnerships and collaborations.

He said they were open for partnerships and collaborations.

“We are always open for partnerships and collaborations, being the forefront institute on Digital Literacy.

“I believe we can make a change by incorporating a new curriculum to be embedded in the certification courses,” he said.

Mr Damien O’Sullivan was accompanied by Solange Umulisa, the General Manager & Regional Manager of ICDL (Africa); Directors of E-Tech, led by their Chairman, A.U. Mustapha (SAN); and a representative of the Irish Embassy, Shane Rice.