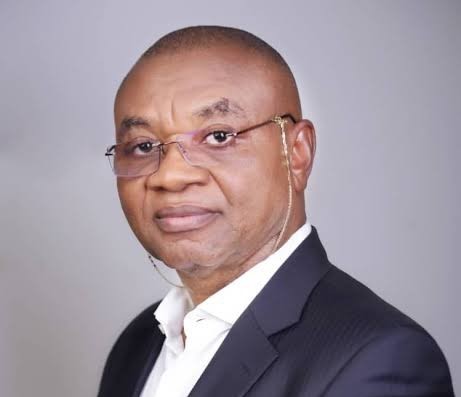 The dust over the Abia State governorship primaries of the Peoples Democratic Party, PDP, is yet to settle as one of the aspirants, Hon. Sampson Orji (SCUORJ), has sought the nullification of the exercise.

Hon. Orji who denied withdrawing from the race before the May 25 primaries of the party, has  asked the Federal High Court sitting in Umuahia to declare him the governorship candidate of PDP in Abia.

Ikengaonline had reported that some PDP governorship aspirants including Senator Enyinnaya Abaribe, and Chima Anyaso, had hours before the primaries, announced their withdrawal from the race, citing irregularities in the conduct of the party’s three-man congress.

But Hon. Orji who spoke in Umuahia challenged those claiming that he withdrew from the race to show proof  of any withdrawal letter signed by him and submitted to his party as required by the Electoral Act.

The former lawmaker spoke through his lawyer, Rilwan Idris, at the premises of the Federal High Court Umuahia where he is currently challenging the outcome of the primary.

The governorship aspirant faulted the three-man ad hoc congress which he alleged was not properly conducted.

He explained that he fully participated in the primary but was in court to challenge the non-compliance with due process in the ad hoc congress.

“He (Orji) fully participated in the primaries. What the PDP and Ikonne are alleging is the that he withdrew but that’s not correct,” his lawyer said.

“The law is clear as to withdrawal of candidates. Section 31 of the Electoral Act says that such a candidate ought to deliver a letter in writing to his party which must be duly received.

“In this case, he never wrote such a letter; never withdrew. The withdrawal they are alleging is based on snapping picture with those they claimed that withdrew.”

Orji’s Counsel who expressed sadness over the non-appearance of the Respondents (the PDP; and its governorship flag bearer, Professor Uche Ikonne), in court for Friday’s hearing, accused the Respondents of applying delay tactics to buy time.

He noted that every pre-election matter should be determined within 180 days according to the new Electoral Act, but expressed worry that hearing was yet to commence a month before the expiration of the time.

“Pre-election matters are to be determined within 180 days. We filed this suit since June 7, and duly served the defendants. After three months they did not file their response.

“We came for hearing in September and the court said the processes had to be served on the defendants again.

“The defendants came up with a motion for extension of time. More than two adjournments have been made and this is stalling hearing.

“The court should realise that it does not have jurisdiction to extend time on pre-election matters. Today, the lawyers to the defendants are not in court. The court did not sit and no reason was given for that.

“I don’t know what they want to do but the matter has to be decided within the stipulated time. We have about one month left. But we have full confidence that we will get justice.”

The Counsel said his client was asking the court to  nullify the primaries, and declare him the PDP governorship candidate for Abia.

According to him, democracy will remain a mirage in the country until parties embrace internal democracy.

He said he remained a committed member of the PDP but added that rascality and impunity must not be encouraged in the party.