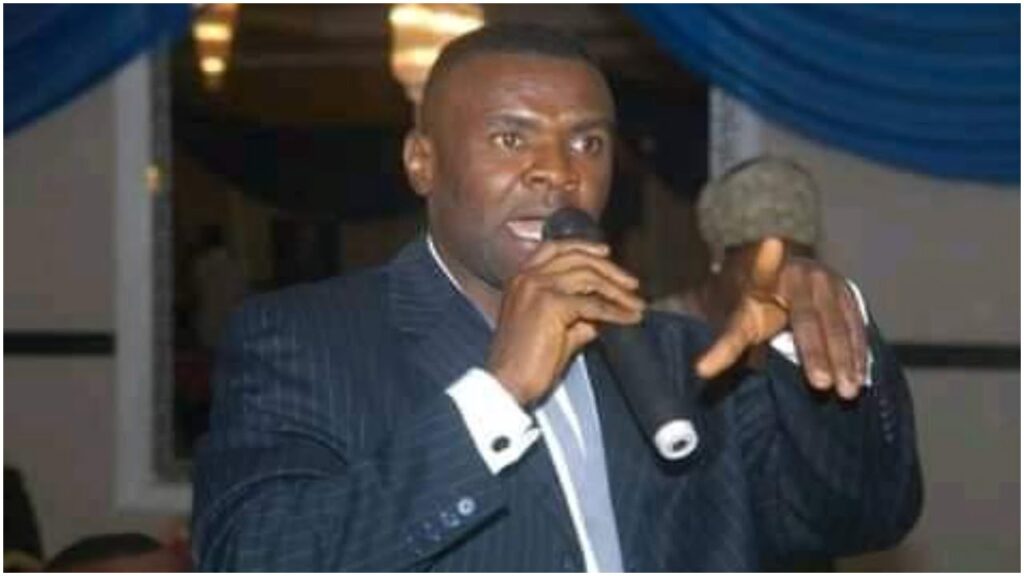 Member representing Umunneochi state constituency at the Abia State House of Assembly, Hon. Okey Igwe, has disclosed that aerial surveillance with helicopter has commenced in Umunneochi area as part of measures to curb the spate of insecurity in the area.

Ikengaonline reports that the entire Abia North particularly Umunneochi Local Government Area, has become the hotbed for kidnappers in the recent times.

The lawmaker who is the deputy governorship candidate of the ruling Peoples Democratic Party, PDP, made the disclosure weekend, when Senator Mao Ohuabunwa visited traditional rulers and President Generals of Town Unions in Umunneochi at Nkwoagu Isuochi.

He said that the State Government had also donated patrol vans that now patrols communities in the area.

The lawmaker who said that insecurity in the area had started to subside, vowed that criminals would not be allowed any breathing space in any part of Umunneochi.

He urged the people to vote against the ruling All Progressives Congress, APC, for its failure of curb insecurity in the country particularly in Abia North.

Hon. Igwe alleged that Abia North had been poorly represented at the Senate since 2019, and urged the people to vote massively for Ohuabunwa to give the zone a better representation in 2023.

Speaking at the event, the Chairman of Association of Town Union in Abia, Chief Lawson Okafor from Umuchieze, expressed regret at the failure of the the Federal Government to address insecurity in the area.

He assured Ohuabunwa of massive support of the people in the 2023 polls.

Traditional rulers who spoke at the event decried the menace of kidnapping for ransom perpetrated by bandits in the area.

They vowed to mobilise their subjects against bad leaders in the forthcoming polls.

Some of the monarchs including HRM Eze J. E Ogoke of Leru community and Eze Sir Moses Onyia of Ozaraike Community said that all those who did nothing to stop the insecurity in the area would not get their votes.

Addressing the monarchs, Sen. Ohuabunwa who represented Abia North in the 8th Senate said he heeded the call to return to the Senate because Abia North had become a comic relief at the red chamber.

He promised to restore the dignity of Abia North which had been badly battered due to poor representation.

Ohuabunwa, who also expressed worry over the rising insecurity in the zone, regretted that those who should speak up for the people had rather decided to be aloof and champion cause without any bearing on the people.

He solicited the support of Umunneochi people, promising to give Abia North quality representation if returned to the Senate.