By EditorOctober 16, 2022No Comments4 Mins Read 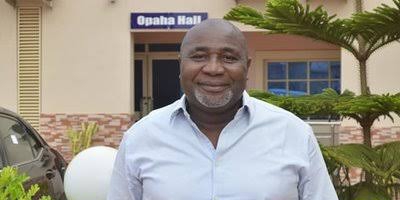 He said this in Enugu in a Lecture delivered at the 2022 Press Week/Annual Lecture of the Correspondents’ Chapel, Nigeria Union of Journalists (NUJ), Enugu State Council.

The Guest Lecturer described the theme of this year’s Press Week/Annual Lecturer: “The Media and new Electoral Act,” as very timely and important, considering the 2023 election and the role that journalists are expected to play.

“The present practice where journalists have the title of the Act in their hands but not the content in their heads is no longer fashionable.

“At this point, I want to know how many journalists in this hall have taken time to read the new Electoral Act.

“It is important to find out because those who do not know are in no position to inform anybody,” he said.

Ngene said that, journalists are expected to factually report the results that have been announced at the polling units hence the need for every Journalist to fully be abreast of the contents and provisions of the Act.

He described the Mass Media as the major source for providing the platforms and windows vital for carrying the political communication emanating from political debates, interviews and electioneering campaigns.

According to him, the electoral Act acts as a legal vehicle to orchestrate the new political order.

“Without it, the 2023 elections may be seen as business as usual by unscrupulous politicians that have held our country down from making the desired progress for far too long,” he said.

He said that the new Act equips journalists to do their job confidently and with greater authenticity.

Ngene also stressed the need for journalists to desist from publishing fake and unverified results during the 2023 election to avoid creating crises.

“As public educators, you all know that what triggers crisis during elections is the announcement of fake results; results that do not in any way reflect reality in terms of actual votes cast and who won the election.

He reminded journalists that they could face the consequences of bad reportage from angry politicians and their supporters and even the notary public.

“The dismaying fact is that, when a journalist reports an election story based on hunches or premonition, he or she can be attacked based on the resentment created and the unfavorable comments people are likely to make.

“Therefore, we must make a conscious effort to avoid being found in such situation, also do know that, there is fine to be paid as well as jail term for those who breach the new Electoral Act,” he said.

The lecturer further tasked  journalists to look out for new things that were not in the old law but contained in the new one.

“We also need to look at where such laws are applicable and know why it succeeded,” he said.

“The media practitioners must demonstrate this by ensuring that they provide equal airtime and newspaper space to all the political parties contesting in the 2023 elections.

“Journalists are expected to use news reports, editorials, features, documentary films, advertorials, and other important types of content to educate the masses on the need for the preservation of the unity of the country,” he said.

He noted that though the media ought to be free, but it must be self-regulated.

“The media should follow agreed codes of ethics and professional conduct.

“Under some circumstances, government may need to intervene to safeguard public interest,” he said.

He stressed the need for constant training of journalists, particularly those to be involved in the coverage of the 2023 general election.

“The Nigeria Union of Journalists (NUJ), the Nigeria Guild of Editors (NGE) and Broadcasting Organizations of Nigeria (BON) should separately or in collaboration, organize training workshops for journalists that are going to cover the 2023 General Election.

“As journalists, we must continue to harp on the need for national unity as an indispensable necessity. We must refrain from looking at our country from the ethnic, tribal, and religious prism,” Ngene said.