Tells Ikpeazu to step down for Sen Abaribe

By EditorOctober 18, 2022No Comments5 Mins Read 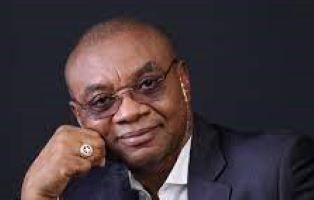 A chieftain of the ruling Peoples Democratic Party, PDP, in Abia State, Dr Sampson Orji, has declared support for the presidential candidate of the Labour Party, Mr Peter Obi, against Atiku Abubakar of the PDP.

This is as the former Commissioner for Trade and Commence has advised Governor Okezie Ikpeazu who is the Abia South senatotrial candidate of the PDP,  to step down for the incumbent, Senator Enyinnaya Abaribe, of the All Progressives Grand Alliance, APGA.

Dr Orji who spoke during a live radio programme “Open Parliament,” monitored in Umuahia, said that Senator Abaribe is a better candidate than Ikpeazu.

The PDP chieftain said he would mobilise support for Obi not because the Labour Party candidate is his fellow Igbo but because of his antecedents.

“I’m a PDP man till tomorrow but I will support Peter Obi not because he is Igbo but because of what he represents. Obi is a movement. My family and friends will vote for Obi. Atiku is my friend but Peter Obi is a better candidate.”

The former lawmaker further argued that apart from competence, equity also favours Obi’s candidature as the South-East is the only zone in southern Nigeria to take its turn at the Presidency.

“Why can’t Atiku support Obi who was his running mate in 2019? I must speak the truth: what are we gaining in PDP that for 16 years it was in power Aba to Port Harcourt Expressway is not passable? You cannot drive from Umuahia to Ikot Ekpene or from Owerri to Umuahia on a good road.

“So, it is blindness to tell me to support Atiku when we have somebody in Peter Obi who has shown competence and capacity to take Nigeria out of the woods. Should I work against him because he’s Igbo?”

On his preference for Abaribe over Ikpeazu, Orji argued that it would be a disservice to the people of Abia South to replace a champion with somebody would would begin to learn the ropes.

Ikengaonline reports that Senator Abaribe was among the governorship aspirants of the PDP but later withdrew, hours before the primaries citing irregularities in the conduct of the three-man ad hoc congress, and subsequently defected to APGA where he was given a return ticket to the red chamber.

Orji said that if given the opportunity to choose between Governor Ikpeazu and Senator Abaribe, he would “vote for Abaribe against Ikpeazu.”

The former lawmaker representing Arochukwu state constituency said that Abaribe is too big an asset and experienced lawmaker to be replaced by a greenhorn.

According to him, replacing the former Senate Minority Leader with Ikpeazu is like choosing inexperience in place of experience.

According to him, “Abaribe has performed well in the senate. At a time he was the only voice not just for PDP or Ndigbo but for Nigeria at the Senate. He stood against injustice.

“You cannot use a man who will be there to learn the ropes of legislation to replace him.

“If I have the opportunity, I will tell Ikpeazu to step down for Abaribe. It is not a must that every Governor will retire at the senate.

“I am a Christian and at my age if I see what is right and refuse to say it, I wonder if I will say it in the grave,” Orji declared.

Orji noted that being a PDP chieftain would not make him to shy away from the truth because of his conscience and Christian faith.

He argued that every former Governor must not go to the Senate, insisting that the red chamber should not be converted into a retirement benefit for former Governors.

“I don’t believe the concept of every Governor going to the Senate. If Ikpeazu has done too well as Governor then he will win but if I’m given the opportunity to vote in Abia South I will vote for Abaribe.

“Being a former governor does not mean automatic victory at the poll. Orji Uzor Kalu was Governor for eight years but in his first attempt to go to the Senate he lost. He lost again in the second and third attempts. Go and ask him how he won the fourth time.”

Asked the chances of other PDP senatorial candidates he said: Mao Ohuabunwa has chances of winning in Abia North because he had won before, and narrowly missed it in 2019; Austin Akobundu for Abia Central is a good man, I will vote for him if I have the opportunity.”

Orji who is one of the PDP governorship aspirants warned that PDP might not field any candidate in Abia in 2023 if the party failed to “right its wrongs.”

The former Commissioner who is challenging the outcome of the May 25 governorship primary at the Federal High Court Umuahia, vowed to pursue the matter till he gets justice.

He said he was out to end impunity and imposition in the PDP.