By EditorOctober 20, 2022No Comments4 Mins Read 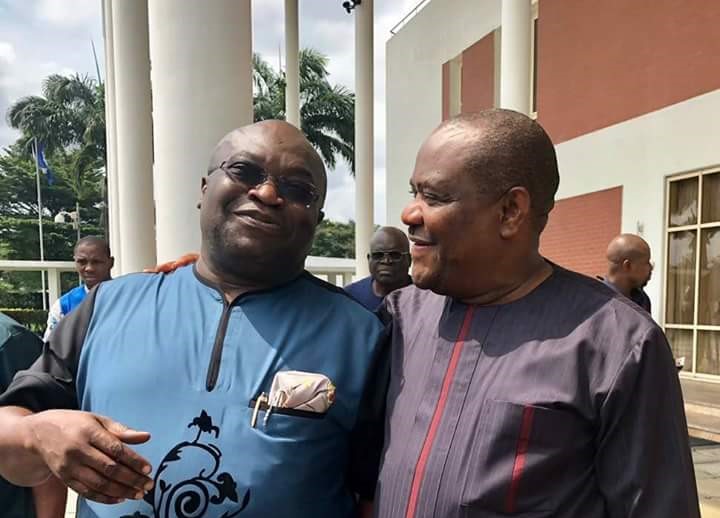 The recent claims by Governor Nyesom Wike of Rivers State that Abia State was being blocked from securing loan from the Central Bank of Nigeria because of Governor Okezie Ikpeazu’s support for him, has been challenged by the member representing Aba South state constituency in the state House of Assembly, Hon. Obinna Ichita.

Hon. Ichita who dismissed the claims as political rhetoric, said that Abia’s debt profile was already high, arguing that the state does not need any fresh loan.

According to him, “the government of Abia knows that the people of Abia have finally decoded all their lies and vain talks, hence they have resorted to bringing in their friends and associates at any little opportunity, to sell new lies to the people in the hope that our people will fall for their propaganda. Fortunately (but unfortunately for them) our people are now wiser and smarter.”

Wike who made the claims while inaugurating a library at Obingwa, threatened to expose those behind the blockade.

But in a swift response, Ichita argued that was suspicious for an outgoing administration to go for a fresh loan at the verge of its expiration.

The All Progressives Grand Alliance, APGA, lawmaker,  challenged Ikpeazu to first, account for the previous loans obtained by his administration before thinking of a fresh loan.

The statement made available to Ikengaonline read in part: ” On the recent claims by one of the Governor’s associates that some persons stopped the CBN loan to Abia State apparently as punishment to Gov. Ikpeazu for standing with him, I want to say that Abia State does not need any further loans at the twilight of Ikpeazu’s administration.

“It is risky for Gov. Ikpeazu to go for a fresh loan in less than eight months to the end of his tenure when he has not given any good account of how he deployed the previous loans he obtained.

“The State Government should also tell us what the Government has achieved with over 100 billion naira loan it has incurred in domestic debt.

“This is different from other sources of revenue like: Statutory allocation, Ecological Fund , 13 % derivation, financial donations from international donor agencies and so on. No one mentions the Internally Generated Revenue (IGR).”

He particularly accused the Government of neglecting the oil-producing areas in the state.

“Why is Ukwa land, the only  oil- producing community in Abia, in complete ruins with no basic infrastructure?

“What did the Government do with the money meant for the flood mitigation project in Ifeobara, Ariaria ? What happened to the World Bank loan of 56.4 million US dollars ?

“Why has the Government decided  to ignore, abandon and maltreat the people in Port Harcourt Road, Aba, whose roads and houses were destroyed by Abia State Government?

The lawmaker also refuted claims that a  certain presidential candidate in Nigeria stopped the CBN from disbursing  money meant for the construction of Ariaria market in Abia, dismissing it as “a fat lie.”

“I challenge Abia State Government to make public, any personality or any authority that has withheld any money due to Abia state.

The lawmaker urged Abians “to  ignore the propaganda  by Government and join in the efforts to birth a new Abia.”

“Our hope is that a new Abia is on the horizon; An Abia where good governance and impactful leadership shall be enthroned and experienced by our people irrespective of their nativity or their locality.”