Kanu: FG not interested in return of peace to S’East – Abia monarch 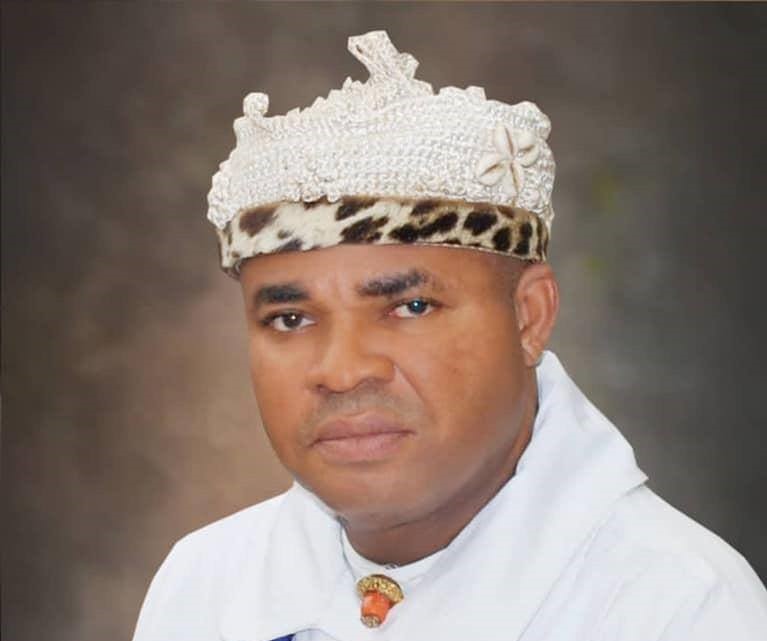 The paramount Traditional Ruler of Abiriba ancient kingdom, HRM Eze Kalu Kalu Ogbu (Enachioken Abiriba), has criticised the Federal Government for appealing the Court of Appeal judgment that quashed all seven counts of terrorism charge against the Leader of the Indigenous People of Biafra, IPOB, Mazi Nnamdi Kanu.

This is as the Co-chair Interfaith, Peace and Dialogue Forum, Bishop Sunday Onuoha, has expressed disappointment over the Federal Government’s action.

The monarch in an exclusive interview with Ikengaonline, said that by taking the matter to the apex court despite appeals by eminent Nigerians and groups to the contrary, the Federal Government had demonstrated that it was not really interested in the return of peace to the South-East.

He said that President Muhammadu Buhari had lost an opportunity of writing his name in gold among Ndigbo.

“It doesn’t sound well at all that they proceeded to the supreme court. But one thing that I hold close to my heart is that you can’t manufacture law. The position of the law in all these is very simple: If the law favours Nnamdi Kanu, even if they go to the apex court the next place is to go to God.

“They have every freedom to do what they want to do but what I believe is that it would have been an olive branch for the President to allow peace to reign in the South-East. I don’t know what else they are looking for anyway.”

In a separate interview, Bishop Onuoha said even though he was not surprised that the Federal Government appealed the judgment, but blamed it for not obeying the lower court first.

The cleric who was among the delegation of Igbo Leaders that met with President Muhammadu Buhari in 2021, and solicited for political solution to Kanu’s matter, said the Federal Government should have obeyed the order of the appeal court which discharged Kanu before moving the matter to the apex court.

He recalled that President Buhari had then, promised the Igbo leaders that he would not interfere in the case but allow the rule of law to take its cause.

Bishop Onuoha argued that the President should have honoured his words by first ordering the release of Kanu before appealing the judgment that discharged him.

“The court has said: the man (Kanu) is innocent. They should have obeyed the court first by releasing him before going to the Supreme Court.

“The court discharged and acquitted him. So, the Federal Government should not show the world that it is lawless.

“I’m totally disappointed that the Federal Government did not obey the law.”

Bishop Onuoha, therefore, called on South-Easterners not to allow any attempt by anybody to further use the issue to distabilise the zone.

“What we must do in the South-East is to tell ourselves not to be cajoled into crisis. If somebody says: there must be crisis in your area, you should say no.

“So, for all well-meaning South-Easterners, we must stand firm and see what happens at the Supreme Court.”