REJOINDER: I did not commend any state for doing extremely well – One Campaign director 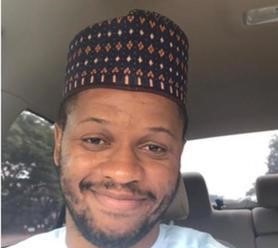 The Nigeria Country Director for ONE Campaign, Stanley Achonu, has said that he did not commend any state for doing extremely well in Primary Healthcare Service Delivery to deserve an award.

This is coming after Ikengaonline published an investigation wherein Achonu said that Enugu State had done EXTREMELY WELL in Primary Healthcare Service Delivery to deserve the award for the second highest performing state in primary healthcare service delivery in Nigeria between 2019-2021.

The investigation showed that while the state governor, Ifeanyi Ugwuanyi, was supposedly commended for making primary healthcare delivery a priority of his administration, access to primary healthcare remains a challenge across communities in the state.

Responding to the investigation, Communications & Advocacy Officer at the organization, Damilare Ogunmowo, said that ONE Campaign and its director, Achonu, did not commend Ugwuanyi or any other state Governor for making primary healthcare delivery a priority of their administration.

He said that the organization, in partnership with National Advocates for Health; Nigeria Health Watch; and Public & Private Development Centre (PPDC); released a report on the “State of Primary Health Care Service Delivery in Nigeria 2019 – 2021 on July 19th, 2022.”

According to him, the report reviewed the implementation of the Basic Health Care Provision Fund (BHCPF) by the National Primary Health Care Development Agency (NPHCDA); National Health Insurance Scheme (NHIS); and the National Emergency Medical Treatment (NEMT) gateways; evaluated states based on enabling legal and policy environments for health and health planning.

“It was during the official launch event that ONE Campaign presented recognition awards to some of the top-performing states in our ranking,” he said.

“I never singled out Enugu that came second position for praise.”

He maintained that in the case of Enugu State, the award was presented to the Enugu State Commissioner for Health, Dr. Emmanuel Obi, and not to the Executive Secretary, Enugu State Primary Healthcare Development Agency (ENSPHCDA), Dr. George Ugwu, as reported.

“The Enugu State Health Commissioner attended and received that award in Abuja,” he said. “I did not attend any event in Enugu or make any statement to the effect of Enugu state.

“I have repeatedly said in interviews that the best ranked state – FCT – has really poor facilities, you can imagine how bad things are in the other states,” he further stated.