By EditorOctober 22, 2022No Comments4 Mins Read 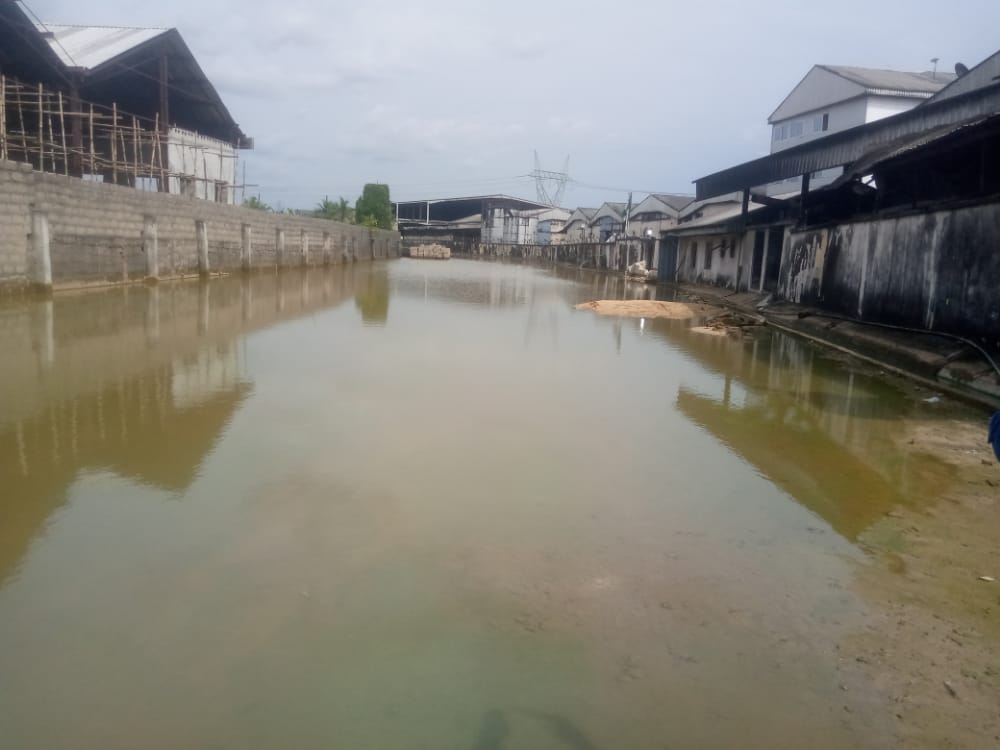 Billionaire industrialists under the auspices of Manufacturers Association of Nigeria (MAN) have cried out to the Federal Government of Nigeria over their situation amidst the heavy flooding that has encroached their domain recently in Anambra State.

Anambra State is among the states in the country currently challenged by the massive flooding, as no fewer than 300 communities in six local government areas are currently underwater.

The Harbour Industrial Layout in Ogbaru-Onitsha popularly recognized as the area with the highest concentration of industries in the state, was not safe from the rampaging flood as most of the equipment, materials, and even the structures belonging to the industrialists were taken over by water.

Among the industries affected by the disaster are A.N. Ejeagwu and Sons Limited, Kristoral and Company Limited, Pokobross Group of Companies, Brollo International Profiles Resources Limited, and ANES Industries Limited, among others.

Some of the industrialists told Ikengaonline yesterday, that they have so far lost machines, raw materials, and finished goods to the rampaging flood.

The CEO Krisoral Agro-Allied Company Limited and traditional ruler of Omor kingdom in Ayamelum LGA, Igwe Chris Chidume Oranu, said that one of his industries was completely taken over by flood, thus affecting its output and productivity.

He also said that “the company is our only source of livelihood and we can’t pay our salaries anymore.”

On his part, the CEO Pokobross Group, Chief Paul Okonkwo, said “Harbour industrial factories lost over 10 billion naira to the flood in goods and infrastructure,” and accused the Federal Government of being insensitive to the plights of manufacturers in the country.

According to him, “it is unfortunate that Nigeria is the only country in the world where factories suffer on yearly basis, and deteriorate to zero levels simply because they are extremely neglected to an unbearable position.

“It is appalling that the Federal Government chooses to spend 200 billion naira every year on relief materials for flood victims, instead of spending much less to lower casualty levels by dredging the River Niger, Benue and Lokoja; and constructing dams.

“If Cameroon can control floods and open their dam every year against us, why can’t we manage the situation by building many dams,” he queried.

Corroborating, Chairman Dozzy Oil LTD, Chief. Dan Chukwudozie, whose industry is situated in the area, expressed sadness at the re-occurrence of the incident in the state after experiencing the disaster 10 years ago.

Describing the situation as terrible, he said: “This year’s flooding happened more than it did ten years ago, but despite the sufferings, the Federal Government did not do anything to nip the problem in the bud.

“Last week when we came to see our colleagues, our motor could not enter because of the height of the flood. Our vehicles would have been swallowed up by the flood if we had attempted to enter the premises. The factories here were filled up with water; even the equipment and materials were not left out. These are situations that could lead companies to bankruptcy.”

Speaking further the Dozzy group chairman said: “Government reactions must not be about compensation but to look out for the  root causes of the problem so that people doing businesses by the riverside can feel safe and be encouraged.”

Chairman of the Manufacturers Association of Nigeria, Anambra/Enugu/Ebonyi States Branch, Lady Ada Chukwudozie, said the association has cried out to relevant quarters in government to see what can be done to ameliorate the sufferings of the members. She also stated that fact finding had been carried out by the association with a view to finding solution.

Also, the national president, Otunba Francis Meshioye, said the flood menace is unfortunate and sympathized with the affected industrialists.

He said the body has evaluated the situation, understood the root cause and would proffer solutions to the Federal Government to address the problem permanently. He reassured that the national body will do its best to ensure a smooth working environment for its members both in the state and national level.