By EditorOctober 22, 2022No Comments2 Mins Read 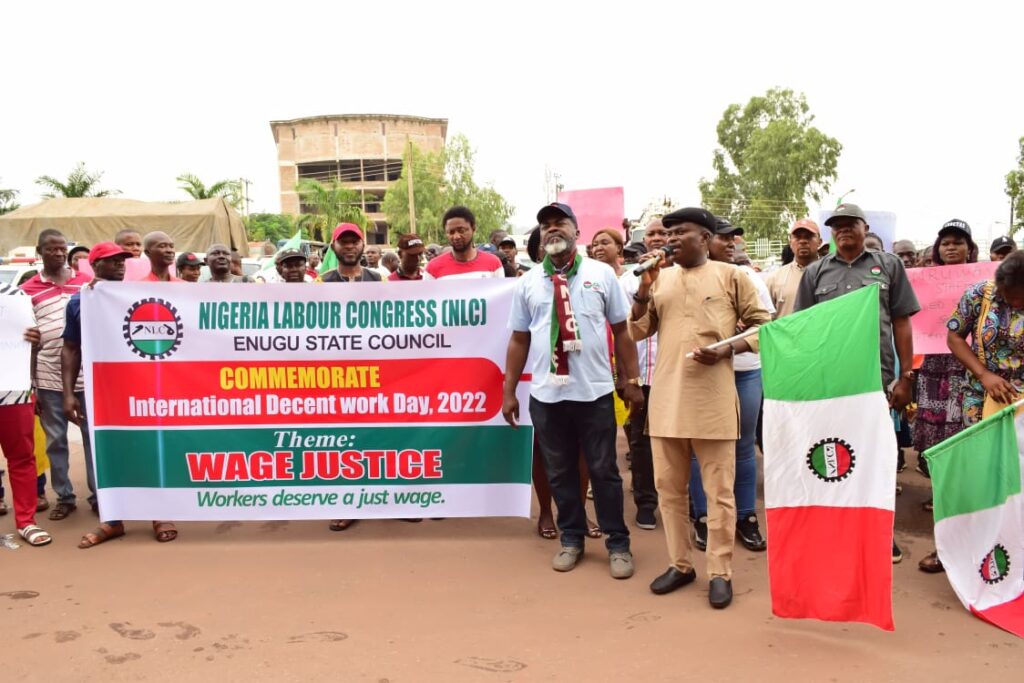 He told Journalists in Enugu that rather than implementing the N30, 000 minimum wage to all workers, the State Government decided to be paying minimum wage to some and refuse to pay others.

Nwobodo said that, the Labour movement in the state was seriously concerned about the situation, hence it embarked on recent visit to the affected  establishments to “register our disappointment.”

“The government is paying workers in the core ministries their minimum wage since February 2020 but employees at parastals and agencies are not being paid.

“So, I wonder why those working in parastals/agencies should be left out; are they not the same government employees,” he said.

According to him, the affected parastals/agencies include; Enugu State Broadcasting Service (ESBS); Enugu State Water Corporation (ESWC); State Library Board and State Rural Electrification Board (ESREB).

Nwobodo said it took teachers in the state to go on strike before the government was able to start paltry payment of minimum wage to them.

“Teachers had to embark on strike some months ago before the government decided to pay something,” he said.

He said that the organised labour will continue to monitor the situation and at the appropriate time NLC and affiliates will invoke the international labour laws.

“We are urging the government to address the injustice because you cannot rub Peter to pay Paul.

“The State Government should do the right thing by implementing the minimum wage to workers across board,” he said.

The chairman said that most of the establishments were those on essential services.

“Imagine staff of Water Corporation; Rural Electrification; the State Broadcasting Service among others.

“These employees deserve better treatment, they deserve to be paid,” he said.

He said that considering the current high rising inflation in the country, it will amount to injustice and unfair for a worker to continue to receive a paltry N18,000 monthly.

“Imagine N18,000 salary to a worker, this is no longer realistic in Nigeria today, government should stop being insensitive to it’s workers,” he said.