By EditorOctober 24, 2022No Comments2 Mins Read 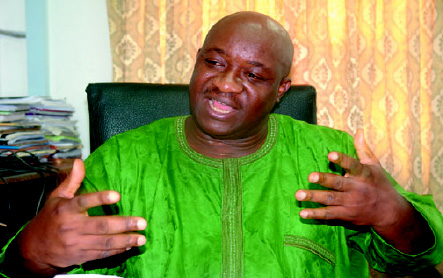 Representatives of African civil society organizations have called on governments on the continent to promote and advance a human rights-respecting approach in their cybersecurity laws and policy-making as cybersecurity issues have the potential to affect peoples’ well-being, rights and other aspects of human existence.

Meeting in Banjul, The Gambia, at a one-day session convened by Media Rights Agenda (MRA) at the 2022 NGO Forum held on the margins of the 73rd Ordinary Session of the African Commission on Human and Peoples’ Rights, and the 35th commemoration of the Commission currently taking place from October 20 to November 9, 2022, the civil society actors also urged African governments to play a more active role in international treaty and policy processes.

The objective of the session, organized by MRA in collaboration with Global Partners Digital (GPD), based in London, was to increase awareness and engagement by African civil society actors working in the human rights sector of the United Nations cyber processes relating to responsible state behaviour in cyberspace.

Facilitated by the Head of MRA’s Legal Department, Ms Obioma Okonkwo, and Ms Thobekile Matimbe, the Partnerships and Engagement Manager of Paradigm Initiative, the session was attended by representatives of African civil society organizations from across the continent.

In the resolutions adopted at the end of the session, they called on African governments to play a more active role in the ongoing work of the UN Open-Ended Working Group (OEWG) on the security of and in the use of information and communications technologies, in order to ensure that African perspectives and voices are well-reflected in the outcome of the process while also protecting the interests of African countries and their citizens.

Participants suggested that in engaging international treaty and policy processes, African governments should build multi-stakeholder partnerships and delegations in order to ensure that the diverse competencies and expertise among the different stakeholder groups, which exist at the national and regional levels, are adequately harnessed to advance and protect African interests.

In particular, they called for greater collaboration between African governments and civil society organizations to create awareness among citizens and the entire populations of African countries of cybersecurity issues as the involvement and engagement by ordinary citizens are critical to the successful campaign for and realization of cybersecurity.