I saw hell in custody, bled for 6 months without sanitary pad, lost my pregnancy

By EditorOctober 24, 2022No Comments3 Mins Read 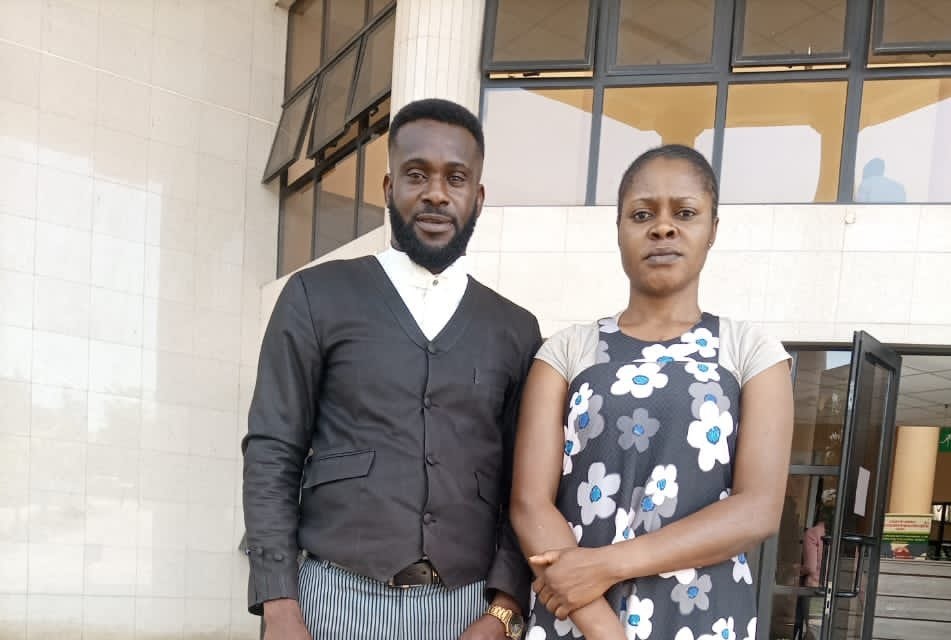 Mrs Umeadi with her lawyer after her release from custody

A 40-year-old young mother from Ayamelum Local Government Area of Anambra State, Mrs Ngozi Umeadi, has narrated her harrowing experience in the Nigeria security custody where she was detained for nearly two years for allegedly belonging to the Indigenous People of Biafra, IPOB.

The mother of five who was arrested on February 16, 2021, in Onitsha, Anambra State, regained her freedom Monday in Abuja after her bail conditions were met.

She was granted bail by Justice Taiwo Taiwo of the Federal High Court Abuja in the suit marked SHC/ABJ/CR/426/2021.

Mrs Umeadi who said she would be 40 years by November 14, said she had a near-death experience while in detention.

Narrating her ordeals to Ikengaonline, her lawyer, Prince Mandela Umesi, said she was made to pass through traumatising moments.

He said she was tortured and subjected to inhuman treatments by the security agents, a sad development, he said that made her to lose her pregnancy.

Affirming the claims of her lawyer, the mother of five said she passed through hell and only survived by providence.

The insurance marketer who said she was going to ShopRite Onitsha on the day she was arrested denied being a member of IPOB.

She also said she had nothing to do with the operatives of Eastern Security Network, ESN, contrary to allegations by the police.

She said: I work with an Insurance company in Onitsha. I’m not a member of IPOB. I was going to ShopRite on 16th February, 2021, when I was arrested by the police.

“They said I was the one taking care of ESN but I know nothing about ESN. The police tortured me and kept me in their custody from that day till December 7th when I was taken to prison.

“When they arrested me in Onitsha they took me to Imo State where I was tortured, and later moved to Abuja.

“I was pregnant and bled for six months. I was not given any medication. I was given little food, and sometimes with soured soup. I went without food sometimes for five days.

“I never knew I would come out alive. But I thank God that today I am out. I also thank the court for granting me bail. I equally thank the legal team and all those who fought hard for my freedom.”

She,  however, said that her life had been shattered by her harrowing experience in custody.

“My experience was hellish! That I’m alive today was by the special grace of God because the torture was too, too terrible and unbelievable!  I have lost everything. I’m not sure of my job again.”

Her lawyer who said the matter was adjourned till November 29, thanked the Court for granting her client bail saying she needed to be alive first to face trial.

The Counsel who claimed the charge against her were frivolous expressed hope in the judiciary for justice for his client.

Ejimakor who took to his Twitter handle, also commended the legal team and all those who contributed in securing freedom for the young woman.

Ejimakor had tweeted: “Ngozi Umeadi, a prisoner of conscience detained for over 2 years has just been released in Suleija. Kudos to #MNK, the Kanu family, her frontline lawyer, Barr Mandela Umegborogu & the others who made it happen. #TeamWork.”