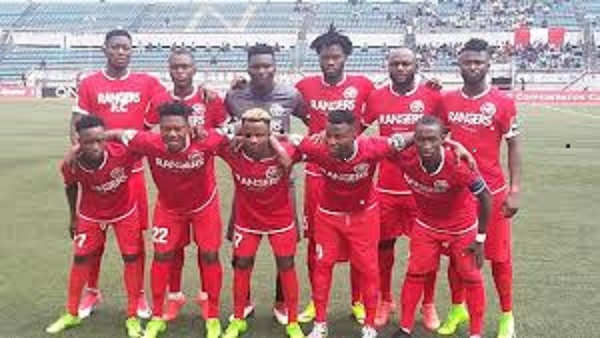 The tournament taking place at the Rangers Training ground in Enugu saw a goal in each half of the match.

However, a brilliant effort by enterprising midfielder, Julius Ikechukwu, on the 58 minute  helped Rangers to subdue a very stubborn F.C Golden United Academy.

Ikechukwu reacted the quickest on 26 minutes to stab home after the Academy side’ shot stopper failed to handle a well struck corner kick by Samuel Pam.

The former Gateway F.C midfielder grabbed his second on the day in the 58 minutes when he was fed by Michael Ibe.

There were chances for the likes of Chukwudi Nwaodu, Reuben Bala and John Jacob to further punish the Academy side as the game approached its end but splendid goalkeeping made sure that the game only recorded two goals.

Rangers goal keeper, Chizoba Okoh, who stood between the sticks was called to duty by the fleet footed forwards of the Academy side.

He reacted well to beat out a strong shot on 85 minutes while making a full-length dive to clutch a headed effort three minutes later to draw applause from the few fans that watched the match.

This victory brings it to nine wins, two draws and a loss in the twelve pre-season games played by the “flying antelopes.”

The coach Abdul Maikaba-tutored side will continue its build up for the fast approaching football season with a friendly fixture against premiership side, Abia Warriors F.C on Thursday, October 27, 2022, at the Okigwe Township Stadium, in Imo State.