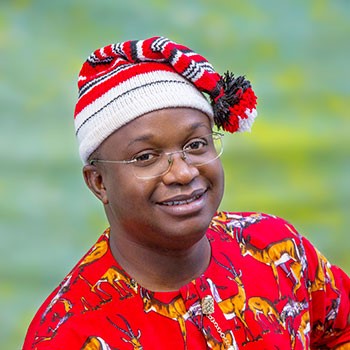 The All Progressives Grand Alliance, APGA, House of Representatives candidate for Arochukwu/Ohafia federal constituency in the 2023 election, Dr Okuji Obinna Oreh, has pleaded with President Muhammadu Buhari to heed the growing calls for the release of the Leader of the Indigenous People of Biafra, IPOB, Mazi Nnamdi Kanu, in compliance with the Appeal Court judgment that discharged him of all counts of terrorism charge leveled against him by the Federal Government.

The All Progressives Grand Alliance, APGA, House of Representatives candidate for Arochukwu/Ohafia federal constituency in the 2023 election, Dr Okuji Obinna Oreh, who made the appeal, said releasing Kanu would not only help to restore peace to the South-East, but endear President Buhari to Ndigbo.

He, therefore, urged the President not to miss the last opportunity he has to win the affection of Easterners.

Dr Oreh said that the wild jubilation that greeted the Court of Appeal judgment that discharged Kanu of all terrorism charge preferred against him, was a confirmation that his release would rather bring peace and not crisis in the South-East.

The APGA Rep hopeful said he was in the race because of the new hope and confidence in the Electoral Act which is one of the legacies for which posterity would appreciate Buhari’s administration.

He said that since a court of competent jurisdiction had declared Kanu innocent; and the United Nations directed his immediate release, the President should no longer hesitate to release him.

The APGA candidate further noted that political solution remained the best way to resolve the issues concerning Kanu, and appealed to President Buhari not to lose this opportunity he has to endear himself more to the Igbo race.

Dr Oreh who lauded some of the giant strides of Buhari’s administration particularly in the sector of infrastructure, urged the President to show respect to the rule of law.

“Through your economic policies and astute management, our country has exited two recessions despite prevailing headwinds with assurances of unleashing economic growth policies that will re-establish Nigeria as an economic power house,” Oreh said.

He appealed to South-East youths to remain calm and not resort to any action capable of increasing tension in the zone, expressing hope that Kanu would soon be freed.

Oreh advised Nigerian leaders to be proactive and avoid actions capable of further polarising the country along ethnic and religious lines.